Why EVE: Valkyrie is the ultimate in wish fulfillment 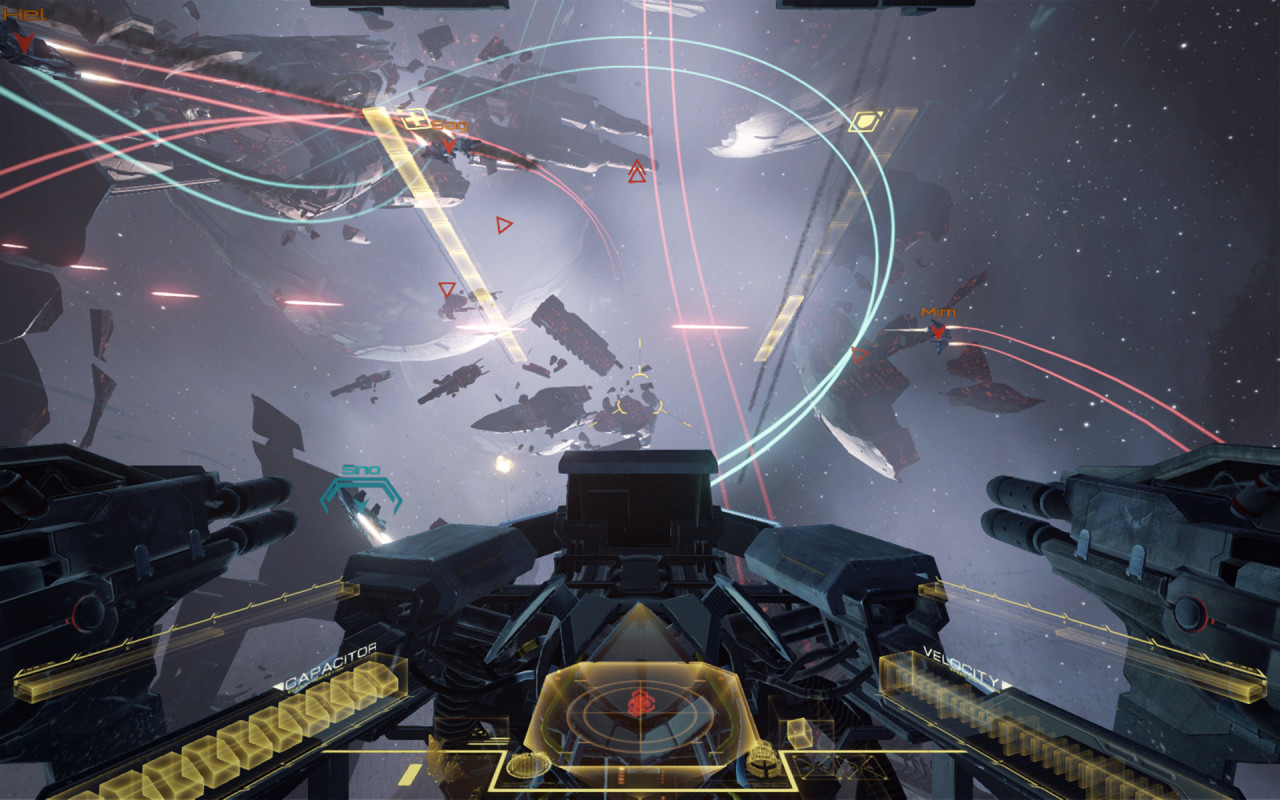 For some, an obsession with space travel begins with Yuri Gagarin’s first orbit of the earth in his Vostok space craft way back in 1961. For others, it was that magical moment in 1969 when we first set foot upon the moon.

But impressive as those feats of technological innovation and human endeavor were, both events were lacking a certain something… what was it now…? Ah yes, FIGHTING!

OK, we're being a bit playful there, but back in the 70s (1977 to be precise), a young population of people who were now living in a post moon-landing world, were introduced to a little movie called Star Wars and everything changed.

Quite apart from the subsequent mammoth success of the franchise, it was the spectacle of those first epic, perfectly choreographed battles between the sleek X-Wing fighters of the rebel forces and the sinister, tricksy Tie Fighters flown by the empire’s pilots that was to provide the most revelatory moment. It was such a simple formula: aerial combat + space = all kinds of awesome. It’s unsurprising that Star Wars spawned a whole slew of movie and TV imitators (The Black Hole, Buck Rogers, Battlestar Galactica) but it also set in motion a desire to recreate the experience first-hand via the burgeoning field of electronic entertainment.

Gamers of a certain age will look back fondly at the original Star Wars arcade coin-op cabinet that put you in the pilot’s seat and presented iconic moments from the movie in simple wireframe graphics. They’ll almost certainly also recall the wonder at playing a home computer game called Elite, a technological marvel that brought 3D first-person space combat into gamer’s bedrooms and did so on hardware boasting as little as 32kb of memory. But amazing though these games were, they were experienced through the glass window of your display and a convincing recreation of a galactic pilot’s experience was something that at the time could only be dreamed of.

Now we should fast-forward to the present day, ruthlessly skipping past the countless great space shooters that have come along since (and the failed forays into VR of the early 90s…) in order to find ourselves at the tipping point of a new era in gaming. The planets are in alignment. Phenomenal processing power and low-cost technology have finally made affordable home VR a reality and in EVE: Valkyrie gamers at last have the opportunity to experience how it feels to be caught up in a thrilling space battle. 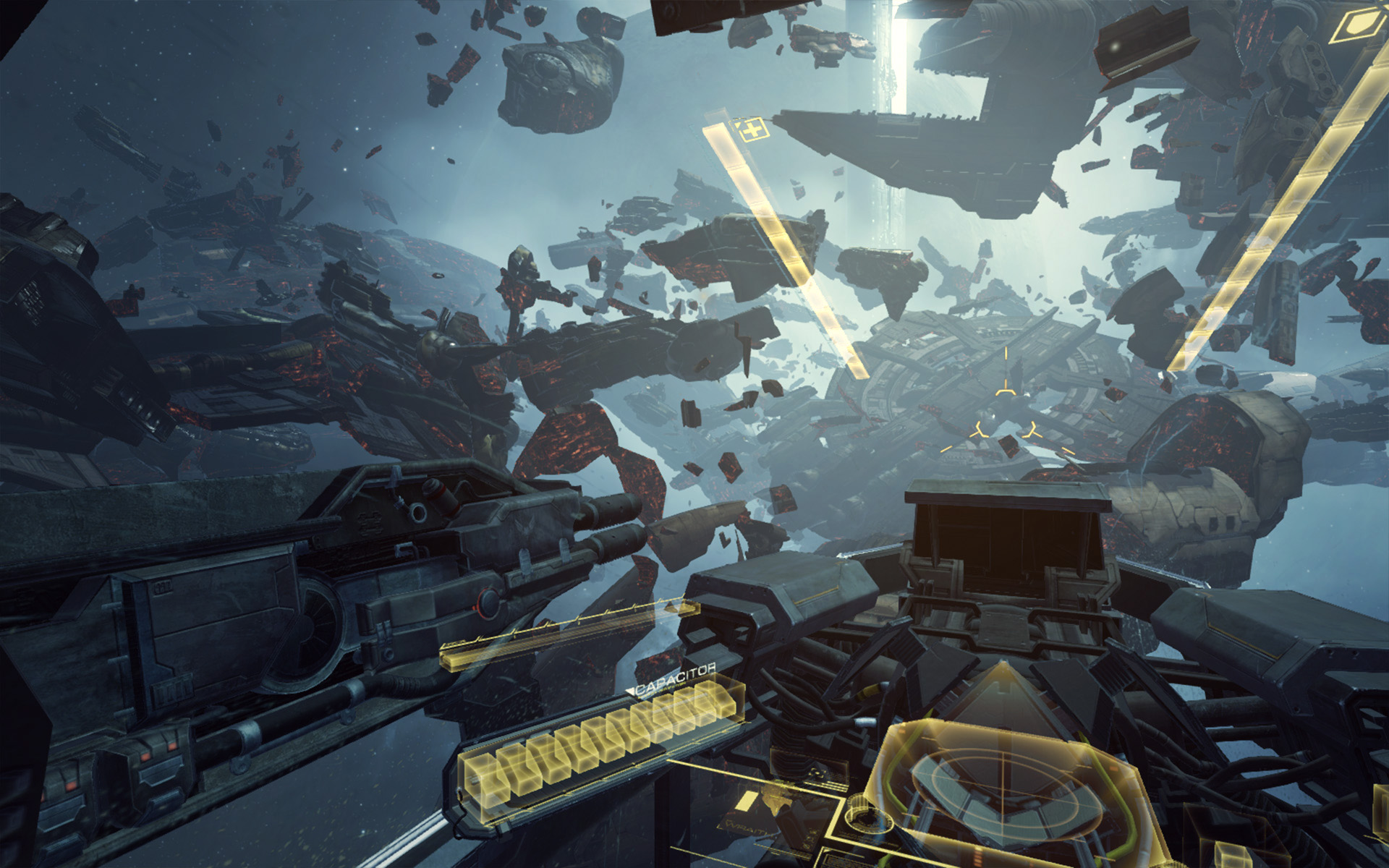 It’s all about that moment. At the foot of the rollercoaster’s first incline, when you know imminently you are going to lose your stomach to gravity and grin like an idiot. It’s that sacred second before a bungee jump, toes twitching on the edge of a precipice, before you take the plunge into the unknown, your fate uncertain. If you’re lucky enough to have already had your first EVE: Valkyrie experience, you know what we’re talking about. If that moment is still ahead of you… boy, do we envy you that first drop-in.

There are so many moments to savor the first time you slip on your VR headset and settle in for your first Valkyrie session.

Starting with the first few seconds of almost total darkness, there are just faint reflections and weak light sources hinting at the claustrophobic cockpit you’ve just strapped yourself into and an echoing voiceover instructing you as to what is about to happen. It’s heady stuff, and then the lights come on and you become fully aware of your immediate surroundings. At this pre-launch stage it’s worth looking around, all the way around – up, down, front, back and side-to-side – to appreciate that you are part of a fully 360-degree environment. Tilt your head, check out your own body; it responds to every subtle movement you make in the real world… your surroundings have weight and authenticity.

Then comes the first iconic moment of the Valkyrie experience. The lights of your launch tube ignite presenting a path from your ship to the exit in the distance and suddenly, you are thrust forward at breakneck speed by your magnetic launch system and you leave the relative safety of your carrier behind. It’s a thrill that never gets old and you find yourself out there, in the vacuum of space, free, untethered, able to develop your own unique style of combat and stamp your personality on wars raging in New Eden. 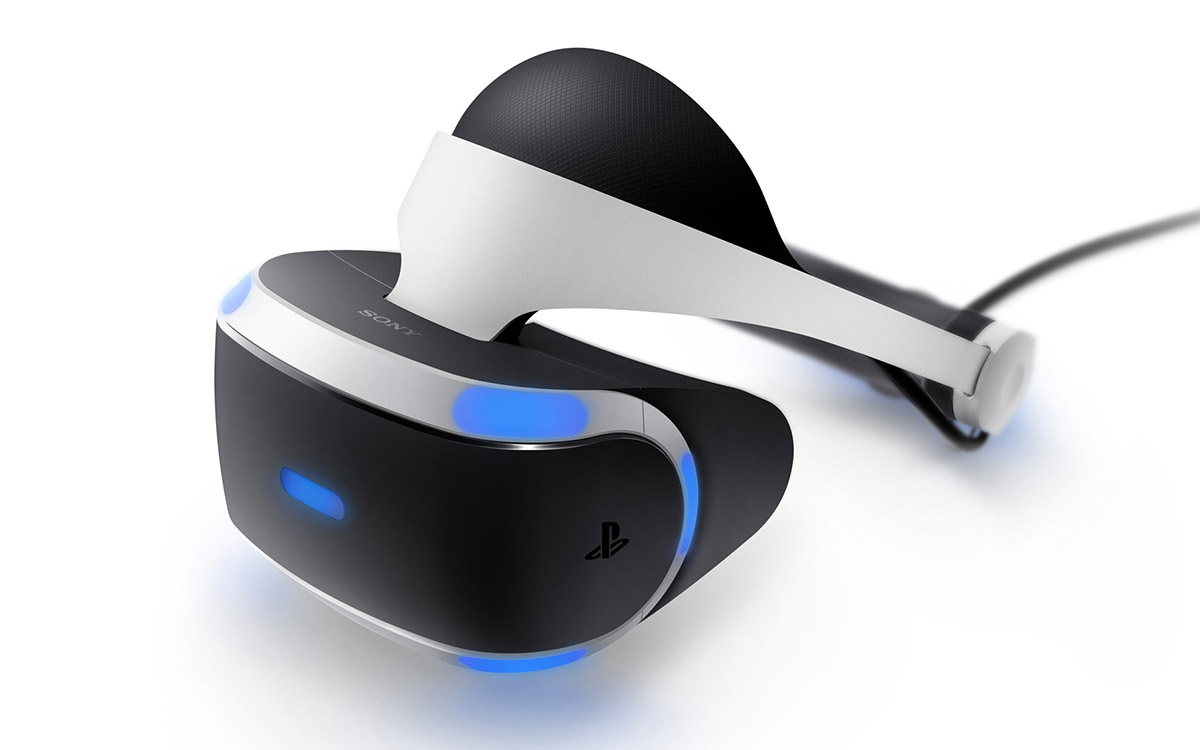 Virtual reality is a potent tool but the immersive qualities of the technology would be little more than a novelty without a substantial gaming experience to back it up and EVE: Valkyrie strives to provide this in three key areas.

1. Storytelling on a galactic scale

EVE Online – Valkyrie’s parent game, as it were – is built upon the foundations of strong storytelling. This epic sci-fi space opera sees the remnants of humanity cut off from earth and transplanted to a previously unexplored galaxy known as New Eden and over the course of thousands of years, new human civilizations have grown that now vie for control of the galaxy’s valuable resources. In the 13 years that the game has been running, New Eden has taken on a life of its own and through the passion of its creators and players, it has seen a diverse and fascinating cast of characters come and go, huge decisive battles have been fought and, indeed, so rich and complex has New Eden’s history become whole books have been written about it.

EVE: Valkyrie continues this narrative tradition by taking a familiar antagonist – in this case Fatal, leader of the Guristas pirate faction – and having him ruthlessly pursuing a plan to steal the consciousness of fallen pilots and build them into an unstoppable military force. This gives you the player, as part of an opposing faction of Valkyrie pilots, the unique opportunity to take part, first hand in this bitter technological war. This is your universe and your chance to put your mark on it.

No self-respecting online multi-player shooter would be complete without a decent array of hardware with which to do battle and EVE: Valkyrie is no exception. There are three ship classes to choose from. Fighters are quick, agile and well balanced. Heavies are the tank class of the game with low speed but powerful weapons and armor. Then there’s support class providing super-fast craft that can heal the rest of the squad when necessary.

As for weapons, it’s not just the abundance and variety on offer that you’ll enjoy but the unique nature of using them in a VR environment. As well as having front-mounted cannons, mines, missiles and mortars at your disposal, a few of the weapons systems on offer are head-tracked. This means that you can, with the press of a button, merely look at another craft to get a lock on it regardless of where they are in relation to you. This look-and-lock system is useful against both friends and foes. In the case of the bad guys you can let off a volley of head-tracked missiles. When it comes to allies, you can look at them to train your healing Buff Beam on them. It’s an amazing ability, only possible through the magic of VR.

EVE: Valkyrie is, clearly, a game about blowing other people up, but when it comes to the Valkyrie community, you’ll find it’s one of the most welcoming and helpful you’ll ever experience. Thousands of players across the globe are there waiting to not only play alongside you, but to take you under their wing and show you the ropes. The official forum is a place where our most active pilots regularly post about their experiences and pass on their advice to newcomers and if you venture a little further online there are many fan-curated community websites to discover.

If you’re a recently inducted PlayStation VR rookie or you’re about to become one, warp on over and join us. As the saying goes, fly together, die together! 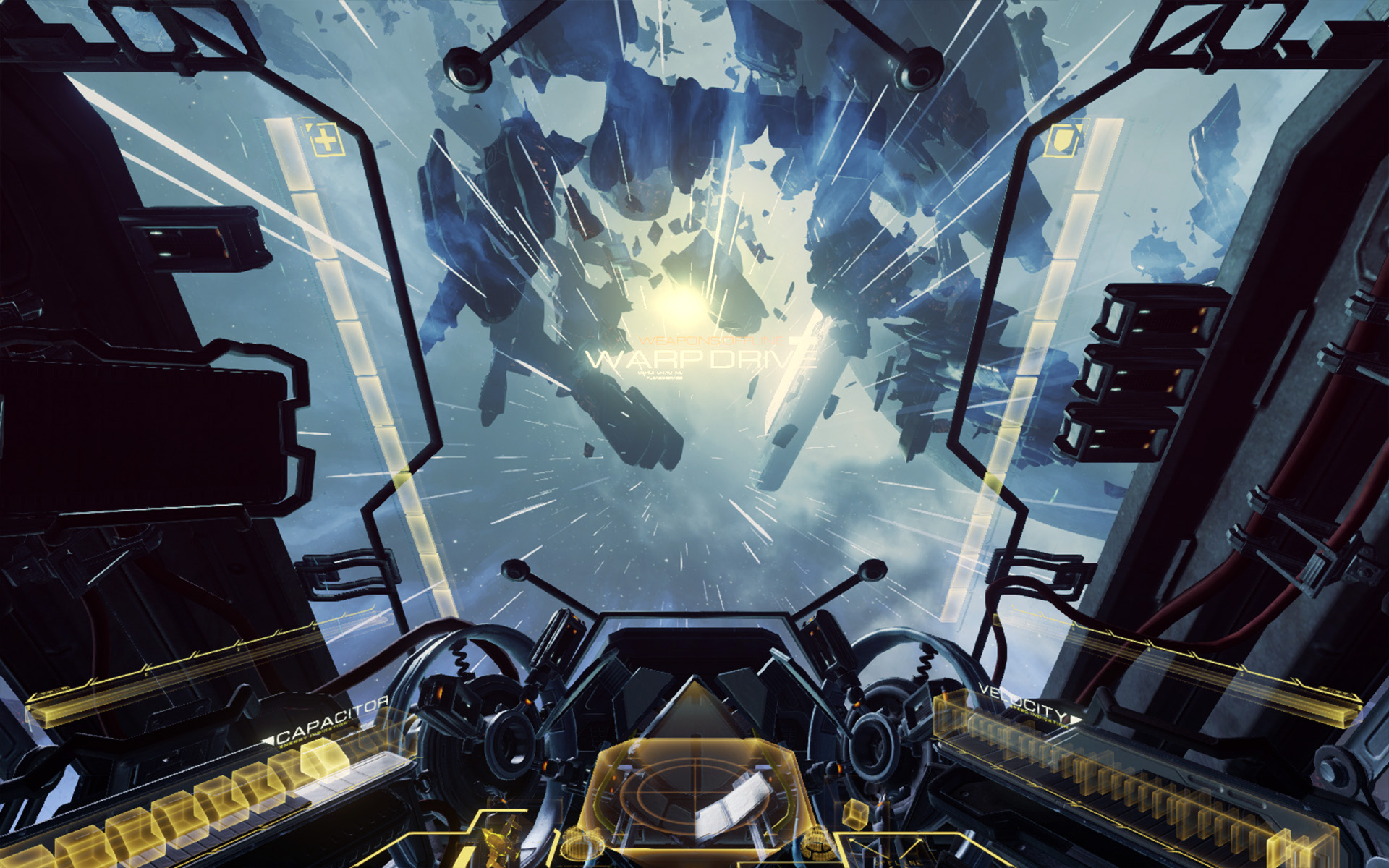