Two EVE VR games for the price of one 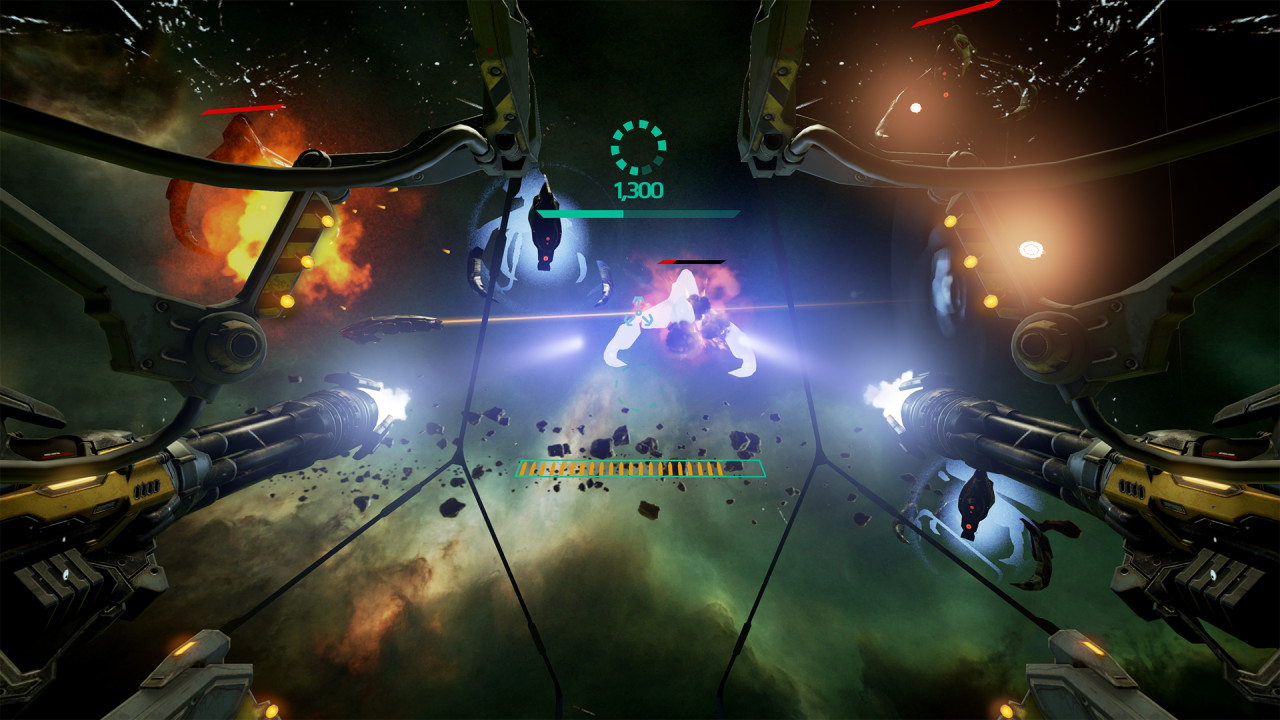 If you’re a Vive owner and you’re thinking of diving into the wonderful world of space-based combat provided by EVE: Valkyrie you can capitalize on a great offer that’s running right now.

For a limited time, purchase EVE: Valkyrie on Steam and you’ll get a free copy of EVE: Gunjack, CCP’s VR shooter that takes its inspiration from old school arcade shoot-‘em-ups. If you’re a gamer of a certain age (it’s a polite way of saying middle-aged) or a retro-head think Space invaders, or Galaxian, or Astro Fighter. It has that structure of throwing wave after wave of enemies at you as you attempt to survive an increasingly intense onslaught.

But while Gunjack is firmly rooted in the old-school, it also brings a fresh new immersive twist to the proceedings.

It takes place in the Outer Ring region of known space where various mining companies are vying to make the most of the rich mineral resources to be found there. You play the part of a gunner aboard a mining vessel and you have to protect your ship from pirates and opportunists who are after your cargo.

The attacks on your ship start out fairly innocuously with enemy vessels following predictable patterns, but soon the attacks become more concentrated and the enemy’s armaments become more sophisticated. Fortunately, you can gather power-ups that temporarily provide you with more powerful cannons, homing missiles and lasers.

There are also Boss encounters to contend with which throw up even more complex challenges. You may not be able to fly freely about the environment as you can in EVE: Valkyrie, but your fixed turret, coupled with your ability to look around the immediate space in immersive 3D delivers an experience that is both familiar to classic ‘schmup’ fans and yet fresh and engaging.

Gunjack is available as a standalone title for Gear VR, Rift, PSVR and Vive, but if you’re an HTC Vive owner who’s teetering on the brink of getting involved in the full Valkyrie enterprise, now is a great time to do so in order to take advantage of this cheeky blasting bonus.

Go on, you know you want to.