Those Training Changes in Full 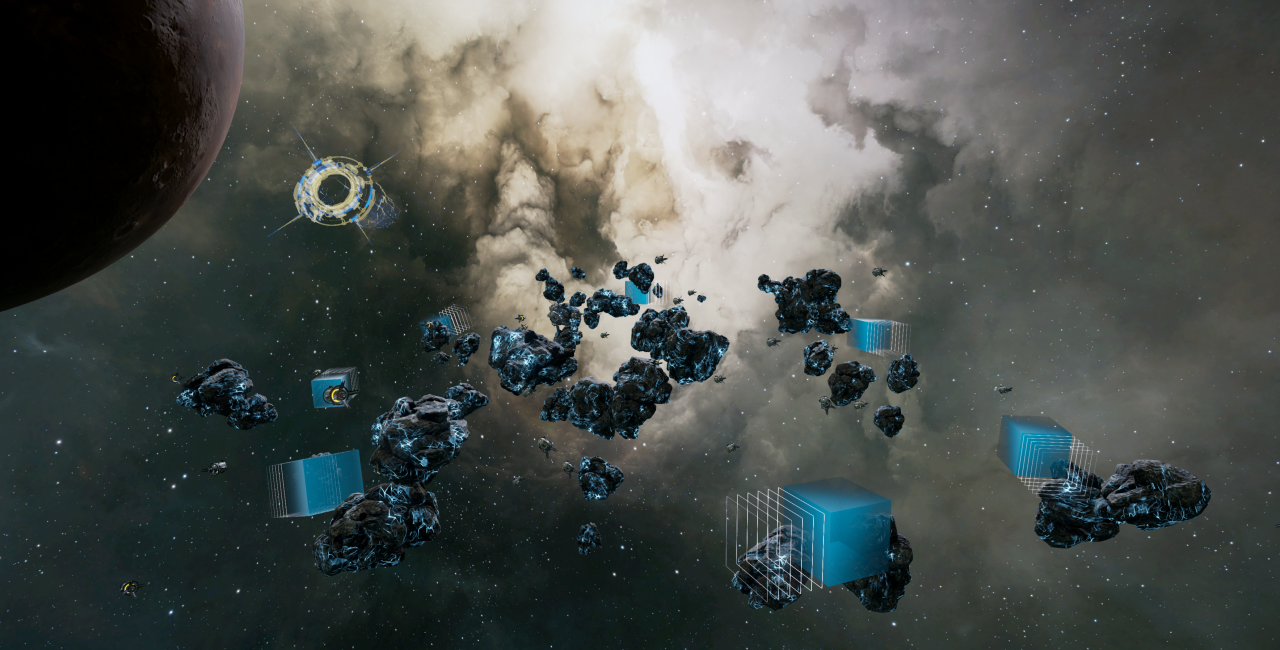 What a wonderful week it’s been. We are thrilled at the positive response to Wormholes, our latest major EVE: Valkyrie update. One of the many cool additions included in the update is a raft of changes to the training mode in the game. We invited designer Emily Knox (aka CCP Starbug) to tell us more about what rookie pilots can look forward to at bootcamp.

Over to you, Emily.

Extended controller prompts – We observed players sometimes missing, or misunderstanding, some of the tutorial instructions, which led to them not understanding why they were unable to complete an objective. By extending the period of time controller prompts are shown, we’re hoping to alleviate this issue. This also applies to training for the individual ship classes.

Last gate location – We made a slight adjustment to the route to complete the basic training lap so that it leads better into the next objective, destroying drones. The previous route sometimes led to players inadvertently leaving the map area.

Enlarged roll gates – During the lap stage of training we found some players were unable to find the next roll gate in the lap sequence, so we’ve slightly increased the size of each roll gate to hopefully make them easier to spot.

Greater roll gate leniency – Sometimes players would fly through a gate without meeting the required roll angle, in order to successfully pass through that gate and unlock the next one. While we still want to encourage rolling, as that’s the aim of this segment of the tutorial, we’re hoping an improved leniency in the roll angle will make this an easier process. Previously there was an 18 degree threshold, now changed to 25 degrees.

Lap time extension – Sometimes players would miss a roll gate and continue their lap, only to fail and start the process again without understanding why they had to repeat this. Each tutorial route has a timer of 6 minutes, which we hope is generous enough to allow pilots to make some mistakes and correct them without having to repeat this section.

In addition to these changes to improve the ease of completing tutorials, we wanted to identify issues that could cause discomfort and, if possible, take steps to alleviate these issues. As Basic Training is one of the earliest experiences for a new player, changes to improve comfort are very important. After conducting tests on a range of players, primarily those who are new to VR, we discovered that removing the horizon line from the skybox greatly improved VR comfort. We also discovered this was the case with the planet surface that acted as a ‘floor’ during training. As a result, our training maps now use a traditional space skybox as you would find in our multiplayer maps.

The Test Arena hasn’t had these visual changes. One of the reasons we needed to bring external testers in to look at VR comfort is that our experience in VR makes us very desensitized to motion sickness in VR, so we feel keeping the horizon line and planet surface in the Test Arena may help a more advanced pilot acclimatize to environments they may encounter in the multiplayer experience.

Thanks, Emily! As always, it’s fascinating to get a peek into how the team addresses the challenges of making a VR experience like EVE: Valkyrie.

To find out more about the new Wormholes update, head over to our comprehensive Dev Blog.