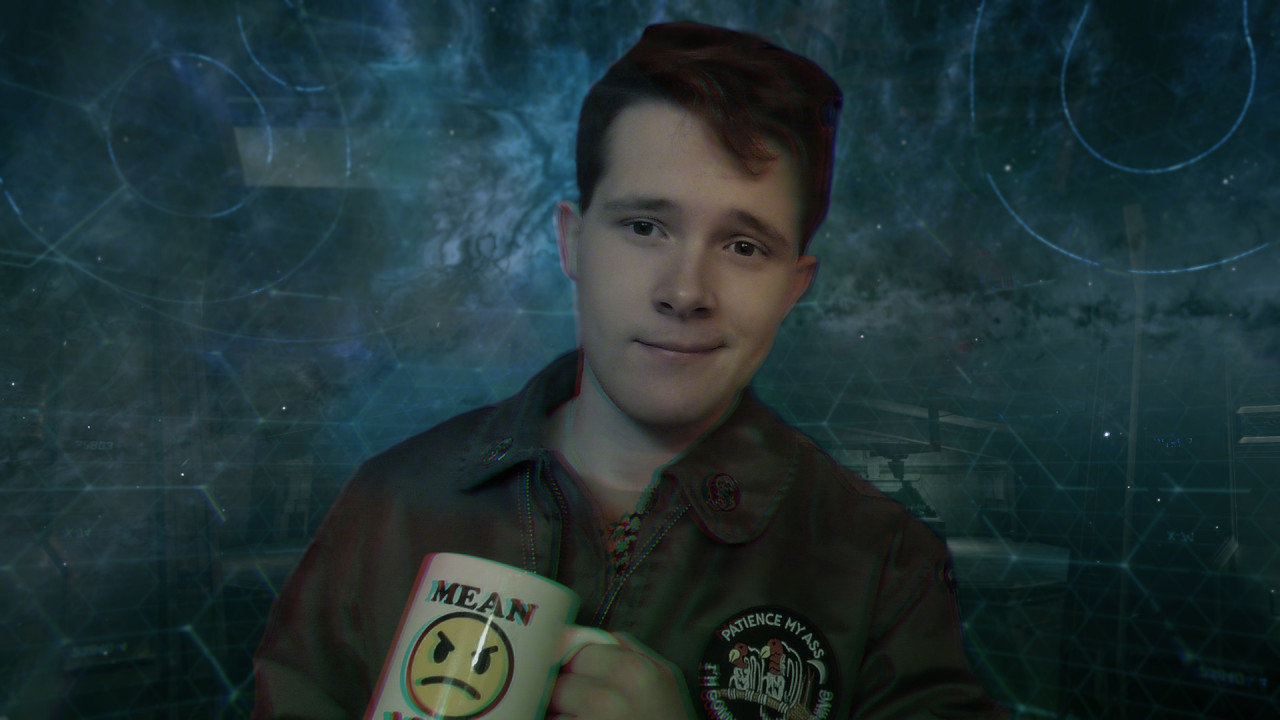 For the second in our sporadic series on Valkyrie’s best and most fascinating players we come to a pilot who is an enthusiastic and active member of the Valkyrie community, regularly streaming content with the EVE_NT team and offering his advice to other community members. Without further ado, let’s interrogate the man.

Niiice. How good a pilot are you?

Tell us a bit about yourself…

I'm your standard, run of the mill, irreverent youth trying to make a name for myself in a sea of people far better than me. I grew up on playing games like Ace Combat, Rogue Squadron and Wing Commander to the point that I gained an almost obsessive fascination with dogfighting. I started studying old maneuvering manuals, watching movies about pilots and volunteered whenever I could at the local air museum. As I grew older and my fascination with flying matured, I never had the money or the opportunity to pursue real flight hours, so my interest shifted back to the gaming world. Wing Commander and Desert Strike gave way to detailed flight sims as I started to pursue a separate career in the military.

So it’s fair to say you like being a pilot. But what brought you to New Eden?

I've always been a huge fan of gaming, bouncing back and forth between a few different genres without ever finding a community that could satisfy my drive for immersion and the ability to make a significant impact. From the moment I was first introduced to New Eden though, I saw a chance to stand out and make myself known in the greatest living work of science fiction I had ever experienced. Rebellious and itching to prove my skill, I quickly dove into EVE Online and DUST 514. While both have been an absolute blast, I never really found my niche.

When Valkyrie was announced though, it was a dream come true. It was a first of its kind. An immersive, competitive arcade flying game inside the world of New Eden, all presented in virtual reality. There was never any question about it, I had to get involved and I had to find some way to prove I could fly with the best of them. I'm still a long way from being the best, but I'm closing the gap more and more every day.

A driven man, it seems, but what about your dark and distant past? First game you ever played?

So, my house didn't actually have a console until the Gamecube came out. I can clearly remember losing my mind on Christmas morning when we found it hidden behind the television and the four hours following where my sister and I took turns playing Luigi's Mansion and Star Fox Adventures in our little lounge we built in the basement. Before that it was games in the Treasure Seekers series. It's kind of an obscure chapter in gaming history. They were a series of these weird educational adventure games for kids that came after earlier titles like The Oregon Trail or King's Quest. Laugh all you want, but those were the first games I ever played. And boy, did I play them often.

Does one game stand out in all the time you’ve been playing?

My favorite game of all time, with the exception of Valkyrie, has to be Ace Combat Zero: The Belkan War. That game had a strong impact on me. The gameplay was captivating, and the story managed to convey a strong message that stuck with me. To this day I carry over tricks that game taught me into Valkyrie, and I try to pay homage to it whenever I can. Even my callsign Rot comes from an enemy squadron in that game.

Tell us about your first Valkyrie experience.

The first time I launched from my carrier, I was nervous. I sank down in my seat a little, not really knowing what to expect. A brief spark from a free hanging wire shocked me back to reality just in time to watch my startup sequence come to life. When the mechanical floodlights that would guide my way out came on I was overcome with a sense of dread.

I wasn't dreading the launch – that part seemed fun. I was dreading dying repeatedly in the vacuum of space. But that was part of the plan, wasn't it? I'd die, I'd come back, and I'd be stronger for it.

When you first launch forward and you come screaming out of the belly of your carrier like a bat out of hell, you feel invincible.

Now that a bunch of PlayStation VR gamers have joined the ranks of the Valkyrie, is there any advice you’d like to pass on?

There's nothing wrong with a bit of friendly rivalry, so find someone you think is better than you and prove yourself wrong by tearing them apart.

While you’re here, why not take a look at our previous pilot profile with General Stargazer.