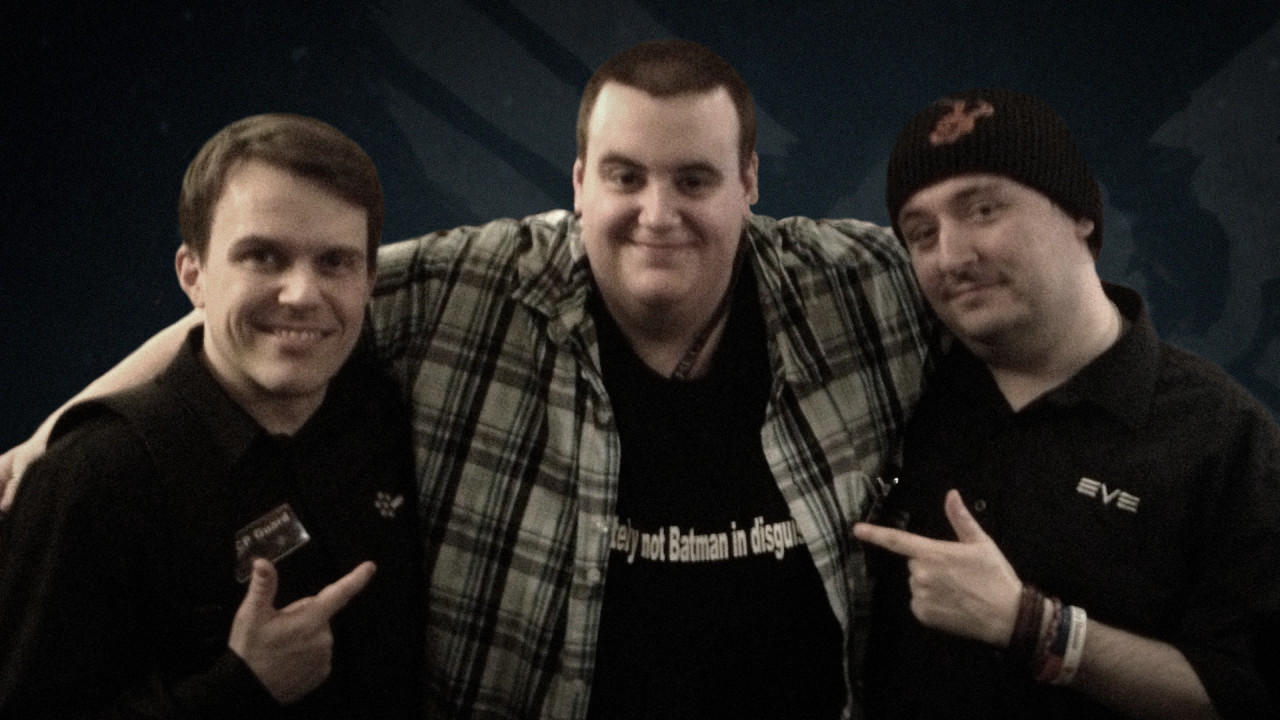 EVE: Valkyrie is all about competition and the destruction of your enemy… It also happens to be one of the most inclusive, friendly and welcoming gaming communities on (and off) the planet you’ll ever experience. Once a month we’re gonna hook up with one of the world’s best Valkyrie pilots and put a human face to the cold, hard killer persona they present online.

How good are you fella?

Tell us a bit about yourself

Briefly, I'm from the UK, live just outside of London, and have been playing EVE Online since 2003. I’ve been playing Valkyrie, since receiving my Oculus Rift (after CCPs Fanfest in April) and Gunjack since its arrival on the Oculus Store, where, at the time of writing, I’m ranked globally 2nd!

I love the community that follows CCP Games, I've arranged meets over the years for the community in Iceland just before fanfest, (Known as the #tweetfleet meet - it was originally started for the EVE Online Twitter community, but has now become “The party before the party” – I had just shy of 500 attend this year), Valhalla, (which is the name for the Valkyrie community meet) will have a second meet later this year in Vegas. I'm also organizing a dedicated UK meet for Valkyrie players in Manchester around November.

I've been streaming EVE: Valkyrie every week now for 6 hours, 3 hours Monday and 3 Hours Tuesday since the end of April, with Tuesdays specialising on helping new players, dubbed “Tutorial Tuesdays”. I help moderate the player-run Valkyrie Discord (I'm a moderator on it) and I am also part of the community constructing the Crow’s Nest wiki fan page, which will hopefully be in a presentable condition for the game’s PSVR launch date. I’m also part of what’s considered ones of EVE Online’s 3 big News reporting communities, “Crossing Zebras” and the EVE media group, “EVE-NT”.

Phew, that’s quite a lot of Valkyrie stuff to take in. Let’s dig down into your gaming credentials. What was the first game you ever played?

Wow, now you’re asking. As far back as I can remember, the first game I played was the legendary Sonic the Hedgehog on the Megadrive.

Back then I used to invite friends over from school to play it to see who could get the furthest. It used to drive my parents insane as I kept leaving the Megadrive on all the time. There was no such things as saved games with cartridges, so I used to have to hope the Megadrive remained on overnight and continue playing when I came home the next day!

And your favorite game of all time (excluding Valkyrie, of course)?

EVE Online. The sandbox game has so much depth, difficulty and endless possibility to it that it’s always interested me. The community that follows the game has to be one of the coolest I’ve ever encountered in a game too. Not to mention that the game has been going strong since its launch in 2003, in fact, so long now it’s the first game that I’ve ever experienced the concept of a multi-generational community existing.

How did you feel when you first launched into the Valkyrie space?

I was fortunate to be able to play EVE: Valkyrie when it was first unveiled at Fanfest 2013 as EVR. The launch sequence back then was virtually the same as what you see now and it was the first time I’d ever experienced a VR game and it blew me away! Truth be told, it was one of the big contributing factors to me continuing to attend Fanfest over the years to keep coming back to see the game’s progress. Getting launched out of the tube on the carrier by the magnetic catapult and straight into space, it was every science fictions fan’s dream become a reality. The immersion of being in that cockpit, from looking down at your body on the controls, to looking in the corner of the cockpit glass where the words “Clean Me” appeared to have been spelt out by someone writing with their finger! It was mind blowing.

We are mere moments away from the launch of Valkyrie on PSVR. In one sentence, what would you like to pass on to new pilots?

WE are the Valkyrie, you’re never alone, outmanned or outgunned, ask the community, we are here to help!

(Note: This interview has been edited for clarity and content.)