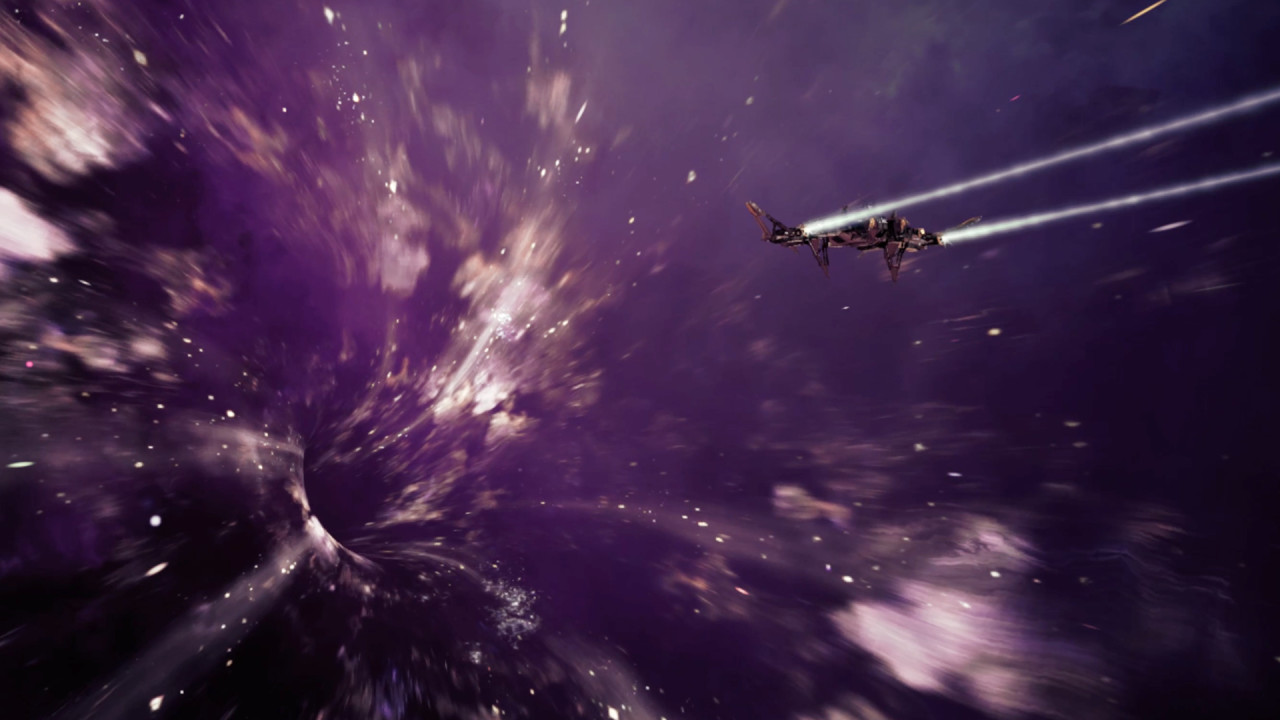 Anyone who played EVE: Valkyrie’s new Wormhole Mode last weekend won’t be reading this, they’ll already be strapping themselves into the cockpit and crossing the conduit to a new and unique Valkyrie experience.

If you haven’t yet had the pleasure of entering a wormhole, allow us to briefly explain what you’re missing out on.

Wormholes is EVE: Valkyrie’s latest major update and as well as bringing new balances, HOTAS controller support for PSVR players, Leagues alpha feature and various other bells and whistles, the headline act is most definitely the new Wormholes play mode. Every weekend, running from Friday through to Sunday, a wormhole opens up through which players can travel to an alternate version of New Eden, a mirror galaxy where the usual rules no longer apply and everything has been corrupted in new and unexpected ways.

Last week’s wormhole presented players with a deeply disturbing take on the Cathedral map. It was essentially a Team Deathmatch scenario, but unlike anything encountered in the regular EVE: Valkyrie universe. Warped physics, shedloads of salvage and randomized respawn points led to some pretty chaotic encounters. But there is worse (and by ‘worse’ we mean ‘better’) in store this weekend.

This week’s wormhole, snappily named 82A/134-53LC5, takes place in a dark green and super-creepy version of the Necropolis map with a chaotic twist on the regular Control Mode. Prepare yourself for some frantic back and forth gameplay! Pre-launch testing has already proven it to be a studio favorite.

Oh, and did we mention the fact that the map is riddled with mines that kill you instantly on contact?

An interesting prospect, right? So why are you still reading? Get out there and get busy flying or die trying (the latter is the more likely).

If you want to know a little more about the Wormholes Update check out our article.