Mini Masterclass – Own Carrier Assault with the Fighters 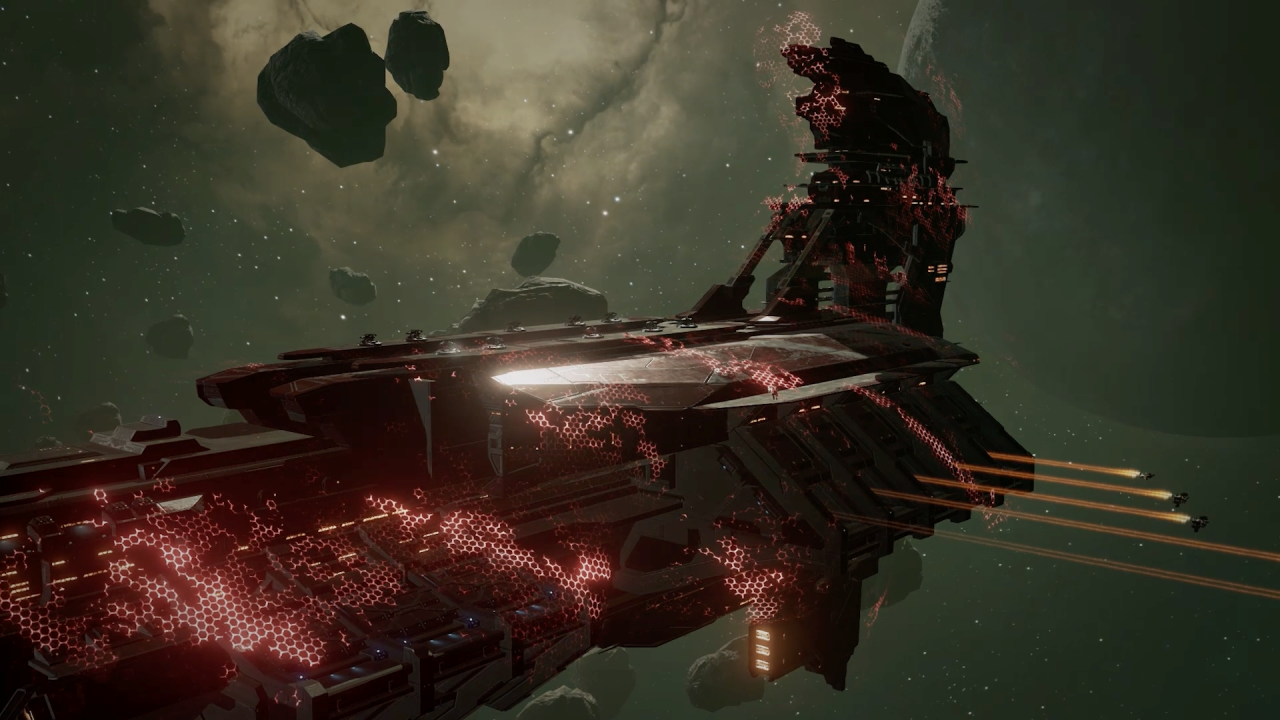 It’s seems only right that when talking about everyone’s favorite EVE: Valkyrie play mode, we should turn to the galaxy’s favorite ace fighter pilot General Stargazer for advice.   Take it away, General.

Using a fighter on Carrier Assault is near nirvana for me because it's everything I dreamed of when it came to proper space dogfighting! Carrier Assault in Eve: Valkyrie as a fighter pilot is one of my favorite things. It's always challenging for a few different reasons.  For the purposes of this guide, I've broken down the battle into four different phases.

The huge carriers have shields stronger than yours and we first have to take these down.

Our first task here is to take and hold two of the three control points. If you're acting as team leader, it's usually a good idea to call out which two you're going to go for to better help your team coordinate.

Personally, at the start of the game, I typically go and drop a drone at the point closest to my own carrier as it's typically uncontested (the enemy hasn't been able to fly across the map yet). Then, I hard burn myself to one of the other two points.

This is where a bit of personal judgement will come in. Look at the two other points and assess likelihood of success. If you see the entire enemy team en-route to Point B of the map, go for the point closest to the enemy carrier as it'll only be lightly defended, if at all. Swoop in, kill the enemy drones and drop one of your own drones.

Meanwhile, the battle will be raging on at Point B, so the enemy team will have to disengage from Point B to come and prevent you from stealing the point. That reduces their numbers at the middle point and helps your own team control the map better. I do enjoy doing all this in the Wraith; its large amount of capacitor helps with getting around the map and its forward firing Gatling Guns helps to tear apart drones quite effectively.

Phase 2 – Taking Out the Nodes 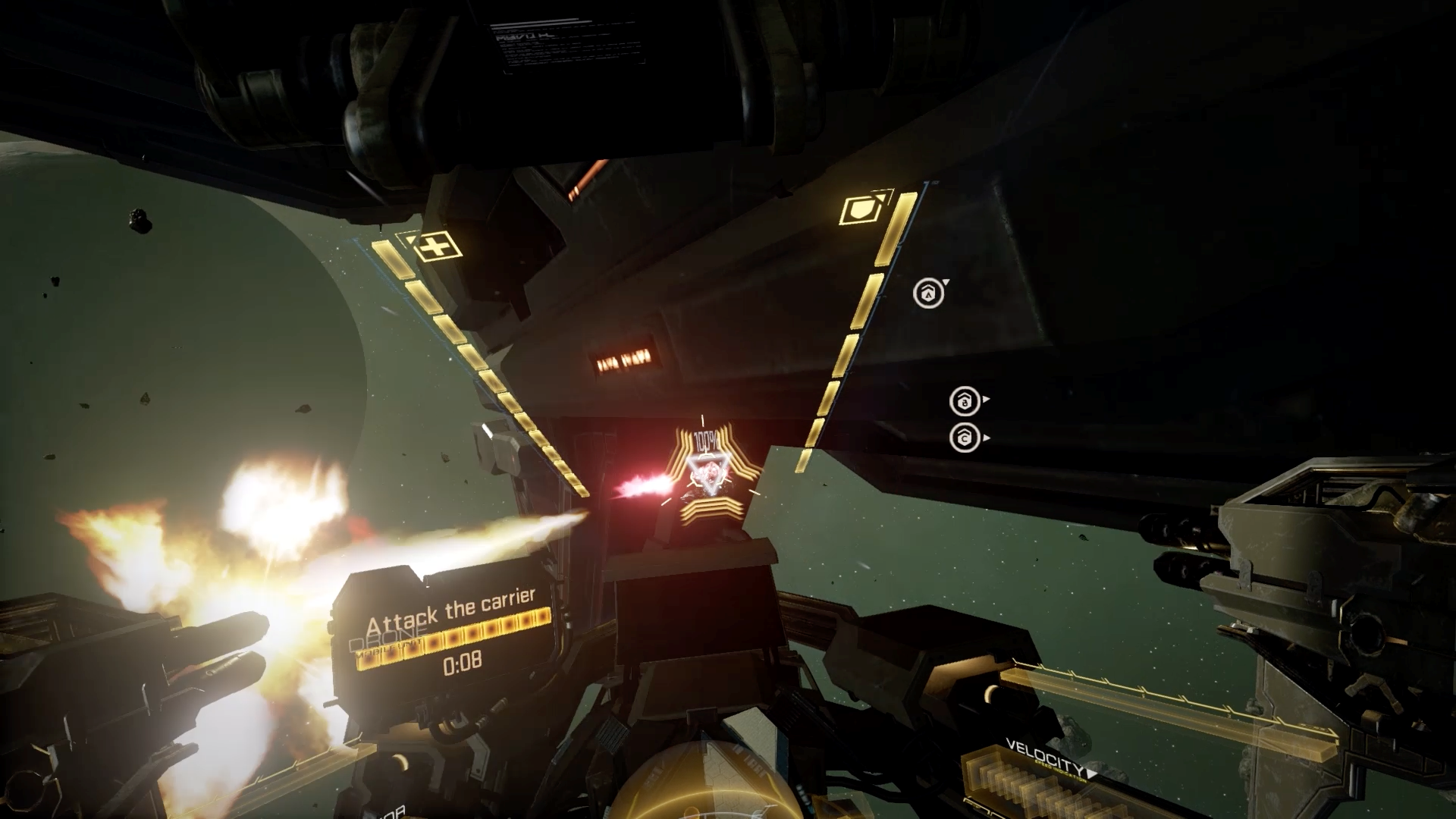 With the shields down on the enemy carrier, take a look at the enemy carrier image in the cockpit to see the location of all the white nodes. Next, look up at the carrier itself and take into consideration any of the enemy team that have retreated back in defense.

The carrier is very vulnerable to fighters taking a poke at it. At typical cruising velocity, you can evade most of the incoming fire from the turrets. It’s a good idea to go for the back of the carrier. With the Wraith’s forward firing guns, you can line up your shots on approach to the carrier to hit some of the easier nodes on the externals of the ship.

Once you’re in close, the pirouettes begin. The Wraith’s great turning speed, fire control and ship profile make it great for ducking and diving all over the ship. Keep in close and the flak cannons and missile launchers will have a hard time tracking you. Meanwhile, you'll be able to hit the nodes with everything you have. 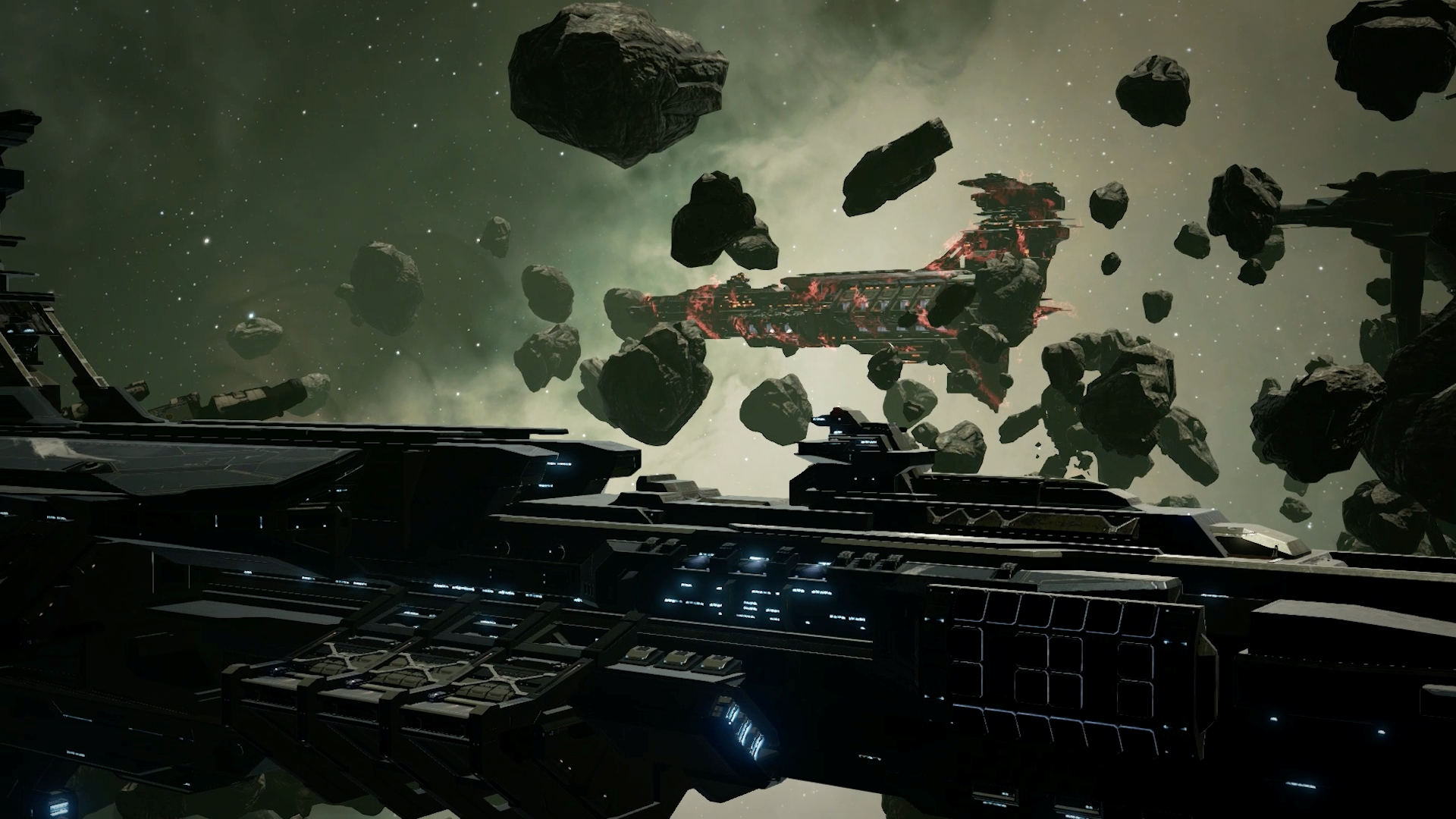 In most normal cases, unless you’re super coordinated and the enemy team isn't, you’re not going to kill the carrier in a single run.

So, Phase 1 comes back around and you have to capture those points again. Now, I normally flip my previous positioning here. It's not uncommon for pesky heavies to head out to a point just before they come unlocked, so bear that in mind on approach to any point now.

When it comes to re-assaulting, typically go for the point closest to the enemy carrier (and closest to you, post-attack phase) plus the point in the middle of the map. You'll have no doubt been boosting to get around the enemy carrier, so you might not have a huge amount of capacitor. If that's the case, head to the closest point, try and capture it or defend it. It'll give you time to get your capacitor back. Hopefully, you'll get it in time to assault the enemy carrier as you move onto the final phase. 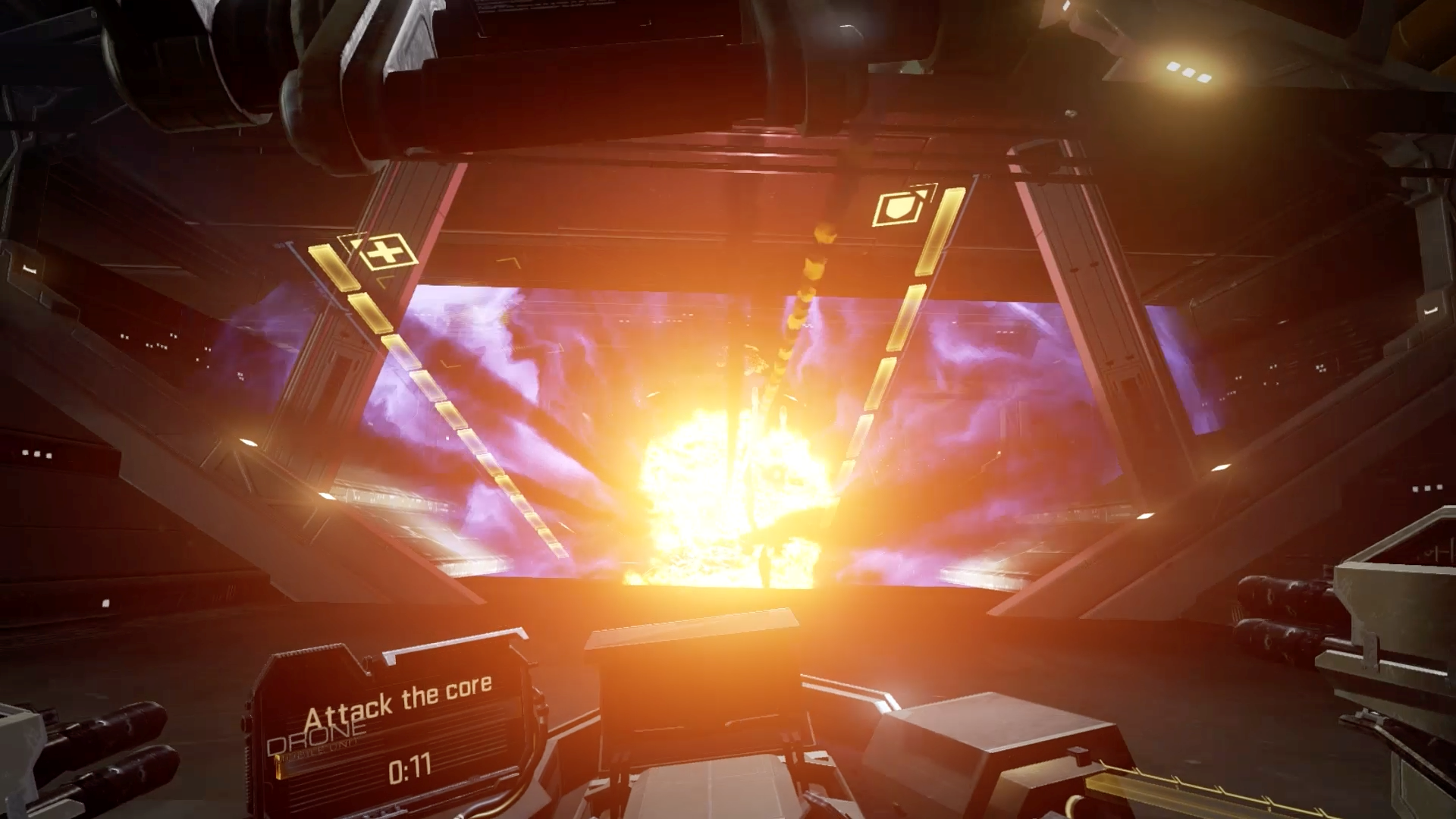 Once all the nodes are down, it’s time for the attack on the carrier’s power core.  Although you can enter from the rear of the ship, invariably a lot of people (myself included) enter from the top of the ship and give ourselves a short run onto the enemy carrier’s core. This also enables you to attack any enemies that are sitting just outside the core from above.

Whatever you do, don't fly into the core itself! It's very easy here to get caught up in the moment and fly into the core in a hail of gunfire, which inevitably leads to your death. Instead, break off and swing around behind the core. Fighters are great in this small area for maneuvering around, whereas heavies have a real hard time in here and you'll often see them bounding off the walls.

So, keep it tight to the walls again, look where you're going and get the shots in on the core and you'll no doubt be escaping a giant ball of fire as the enemy explodes.

Top tip: don't forget to pick up some salvage on the way out. Even if you don't need it, fly back through the remains of the carrier and grab it. Remember, it’s distributed team-wide and someone else on your team might need it.

One final piece of advice. Outside of the battle, it’s a good idea to load up Scout Mode. Each map gives you a carrier. Go and take a look at it in a fighter, fly around it and learn its workings. It has so many nooks and crannies you can exploit to avoid incoming fire. You'll soon learn its shape and where you can go.

Thanks General, amazing advice as always.

So, there you have it pilots. How to ace Carrier Assault in a fighter. Now you can go off and put all those tips into practice.

Be sure to come back here tomorrow when we’ll do it all again in a heavy craft.