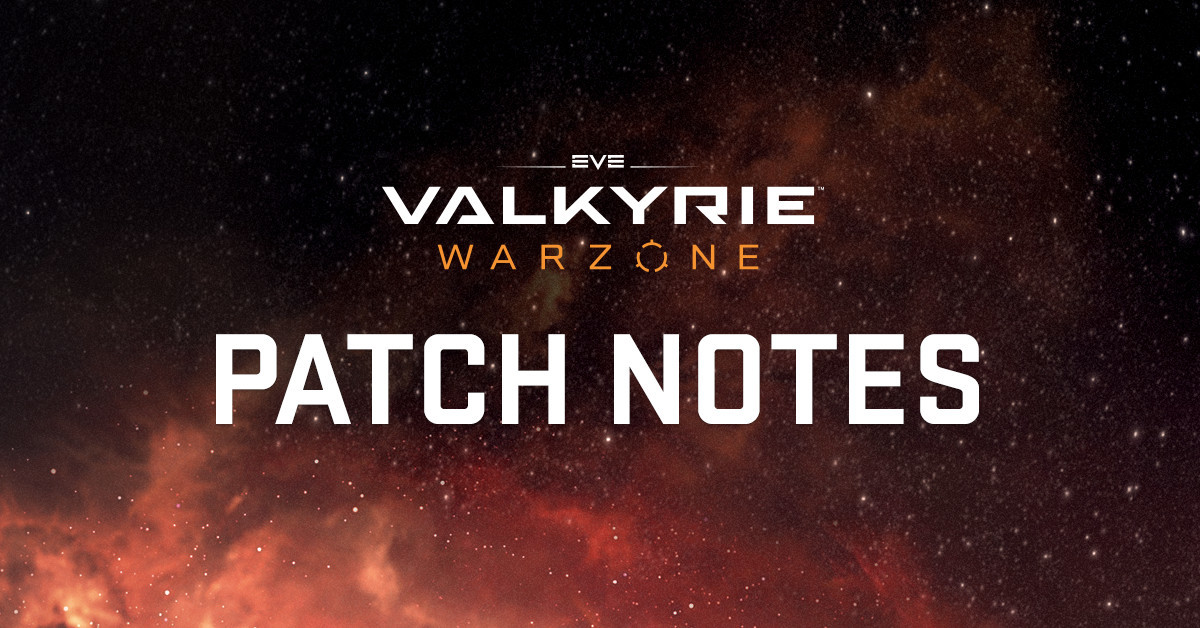 In-line with community feedback, this patch adds support for some highly requested features, including 21:9 Widescreen support as well as NVIDIA Surround and AMD EyeFinity support.

We’ve added a new method of mouse control, which allows continuous turning with mouse movement without the need for a mouse lock key.

This control scheme means that you can continuously and smoothly turn your ship in a direction by moving the mouse pointer away from the center of the screen. To stop moving (or adjust the direction), simply move the pointer back to the center of the screen. We’ve also added some new visual feedback to keep you informed on when you are turning at the maximum speed (full lock).

We’ve also been working on improving our joystick support on PC for this patch; you’ll now find the following list of joysticks fully supported in Valkyrie combat, each with a default key binding:

As ever, you will be able to customise the default binding however you choose. You can still use joysticks that aren’t on this list, we merely haven’t provided a default key binding for it (yet).

Please note – outside of combat, menus are still only navigable with a Gamepad or Mouse & Keyboard.

We’ve also included a long list of bug fixes in this patch, full details below: