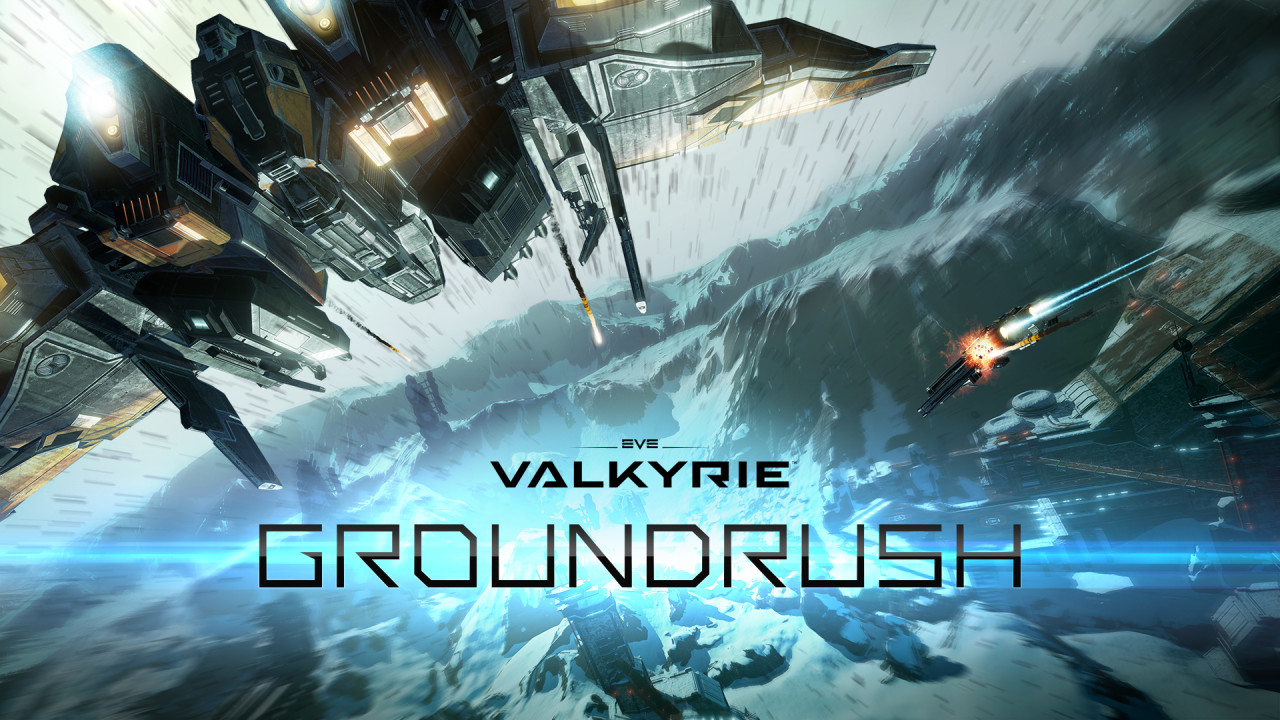 EVE: Valkyrie’s latest major free update, Groundrush, has been out in the wild for ten days now and it’s certainly got Valkyrie pilots and VR pundits the world over talking about it.

The update introduced a raft of new features to the game, including a new planet-based map. There are new Wormholes maps, improvements to pilot training and an upgraded co-op mode enabling players to take on AI opponents on all three game types: Team Deathmatch, Control and Carrier Assault.

There has been plenty of coverage and enthusiasm from the VR press, both in the build up to the update launch and subsequently. The Road to VR website managed to get a sneak peek at the new Solitude map ahead of launch at this year’s Fanfest and seemed rather taken with it, highlighting the craggy scenery, tight tunnels and a whole new enemy for pilots… the ground itself. You can find out what they thought about their first experience in Solitude in the article here.

VR Focus was at Fanfest to sample the delights of the new Groundrush update ahead of release. They were fortunate enough to drag Valkyrie's Lead Game Designer, Andrew Willans, from his busy schedule (of drinking Icelandic ale) to participate in an interview with VRTV's Nina.

We also caught up with PC gaming bible PCGamesN, pre-launch, to discuss subjects as diverse as problematic horizons, feeling small and Wombles... all in a good way, you understand. Over the course of the conversation our very own CCP Roo revealed his desire to take a leap in a new direction, stating, "It just felt the right time to do something more radical. To do something genuinely slap-in-the-face, holy s*, this is new. It made sense to locate it on the surface of a planet.”

Find out more in the full article.

The View from the Cockpit

Needless to say, our player community wasted no time in getting to grips with the new map and streamed the results live on air.

Our old friend and prolific streamer, SalsaKetchup, provided a double whammy of Groundrush footage. His first stream took an in-depth look at Solitude and its many features, nooks and crannies. He was joined live by Anska, support pilot extraordinaire, who regular visitors to our website will be familiar with. The first 25 minutes of the video below is where Salsa focuses on Solitude.

The second vid from SalsaKetchup gives us a whistle stop tour of the new Nightyard wormhole, and judging by his enthusiastic voice over, we think he liked it.

For a five-minute demonstration of how exciting combat can be on the new Solitude map, you must check out Mr Majesky84’s vid below. He engages in some pretty frantic fighting in the twisting tunnels below the planet’s snowy surface as he doggedly hunts down his prey. We will, however, be asking him to contribute a few coins to the swear jar, so be warned.

Before we leave you, we would urge you to head on over to our forum thread and take a few minutes to tell us what you think about Solitude and all the other new features in the latest update. We love to hear from you, and no matter what your opinion, it’s all welcome. When you folks talk, we listen, and it’s your input that will help to shape the future of EVE: Valkyrie.

Thanks for the love and fly safe!