Get Your Hands on HOTAS 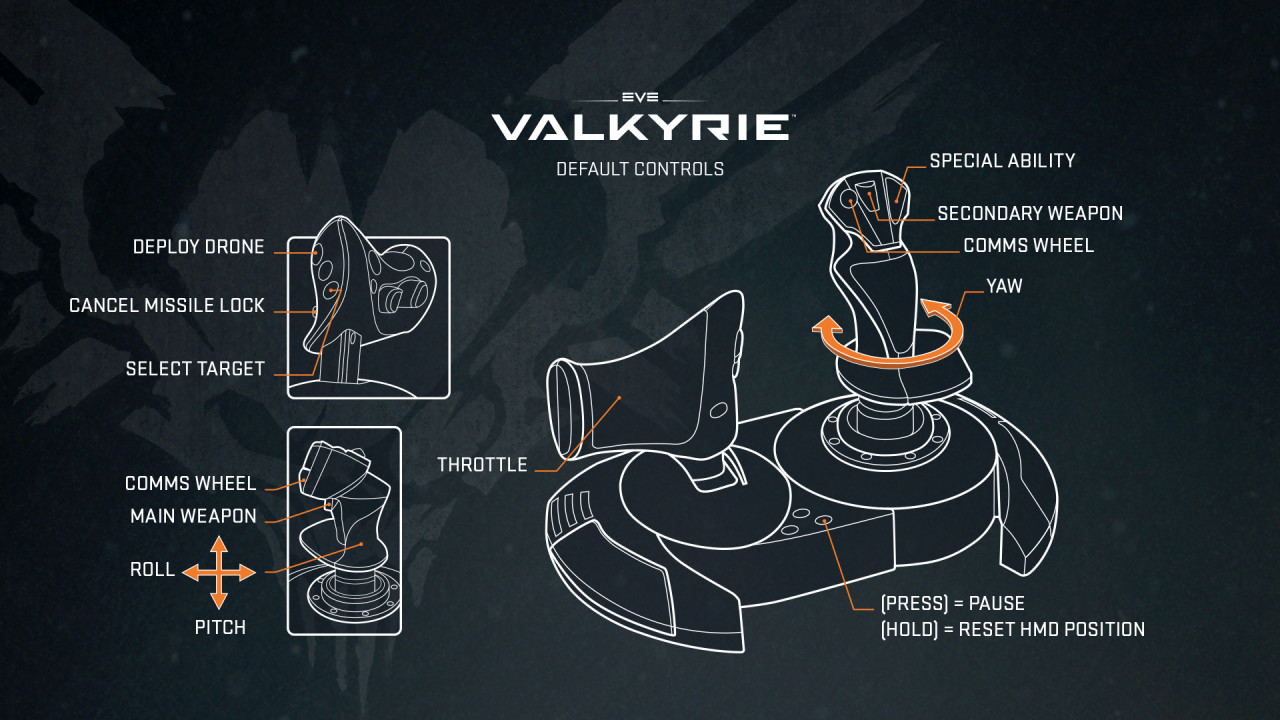 During your time battling in New Eden, and reading up about all things EVE: Valkyrie, you may have heard the unusual acronym HOTAS bandied around. But you can be forgiven for not knowing what a HOTAS is or why it’s of interest to Valkyrie pilots, because it’s not something that VR systems offer ‘out of the box’ as it were. So, let’s get hands-on with HOTAS.

HOTAS is an acronym of ‘Hands On Throttle And Stick’ and refers to the idea of placing functional switches and buttons on the main control elements of an aircraft. So, instead of an old-school pilot having to steer their plane with a central stick (held together by wires and gaffer tape) and pull levers and flick switches to access their weaponry, instead they can do everything at the touch of a button.

It’s a feature that we can see in everything from modern fighter aircraft to Formula 1 race cars and even the volume controls on the steering wheels of regular civilian vehicles.

HOTAS is also something that PC gamers - and now PS4 players - are adopting as a control system of choice, particularly when it comes to EVE: Valkyrie.

Given the option of a console controller - with the immediacy of their closely configured buttons and analogue sticks - why would you want to invest in a more esoteric hardware setup? The reason is simple: authenticity.

Think back to the first time you played Valkyrie. Darkness. Dim glowing hints of residual light flickering and suggesting your surroundings. You look down and see your lap, your virtual legs and torso responding to the moves you make in the real world. It was awesome, right? Then the lights of the launch tube come on, “thunk, thunk, thunk” and then... Whoa! You’re out in space.

We can all agree that anyone’s first Valkyrie launch in VR is the best ride ever, and you can add another dimension to the experience with a HOTAS controller. Suddenly, you are connected to your ship in a whole new way. A central stick dictating pitch and yaw, a secondary stick thrusting you forward at breakneck speed or braking into a cunning reversal of fortune, and all the while every weapon at the disposal of your thumbs and forefingers. Your headset provides the immersion in terms of space combat, and HOTAS provides a tactile cockpit experience.

Does the prospect of a HOTAS controller sound enticing? Then allow us to help you on your journey to alternative control methods. While we’re unable to recommend specific controllers or give buying advice, we’d like to point you in the direction of our forum features that explain how to get yourself set up. The recent Wormholes update introduced native compatibility for the Thrustmaster T.Flight 4 HOTAS controller for PSVR players (you can see how the controls operate in the main pic above) and pilots on all VR platforms can find out more about HOTAS controls and key bindings in our tutorials from the forum and CCP Illumin.

Check out the following screens which illustrate how HOTAS controls apply to each of the three ship classes. 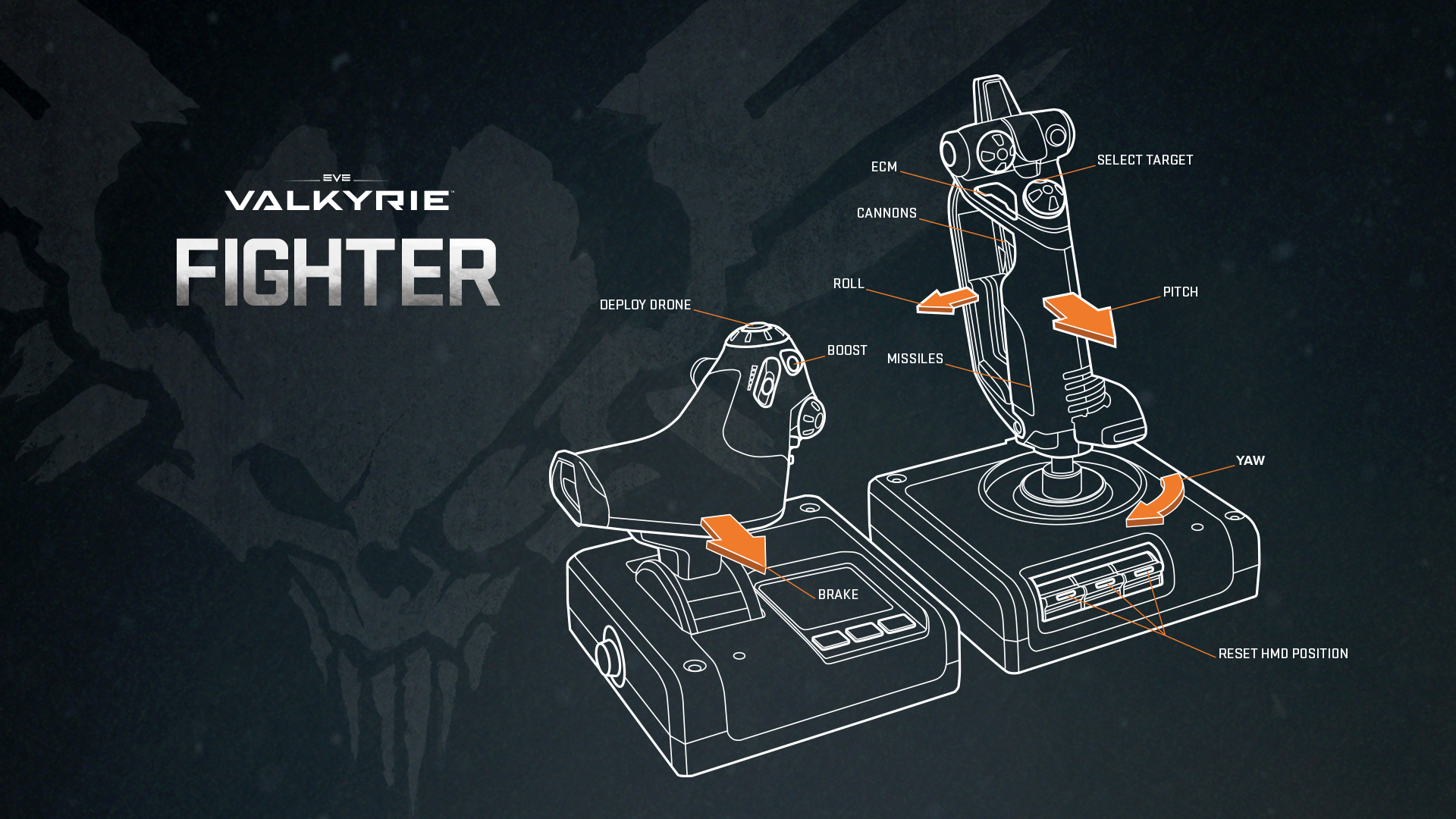 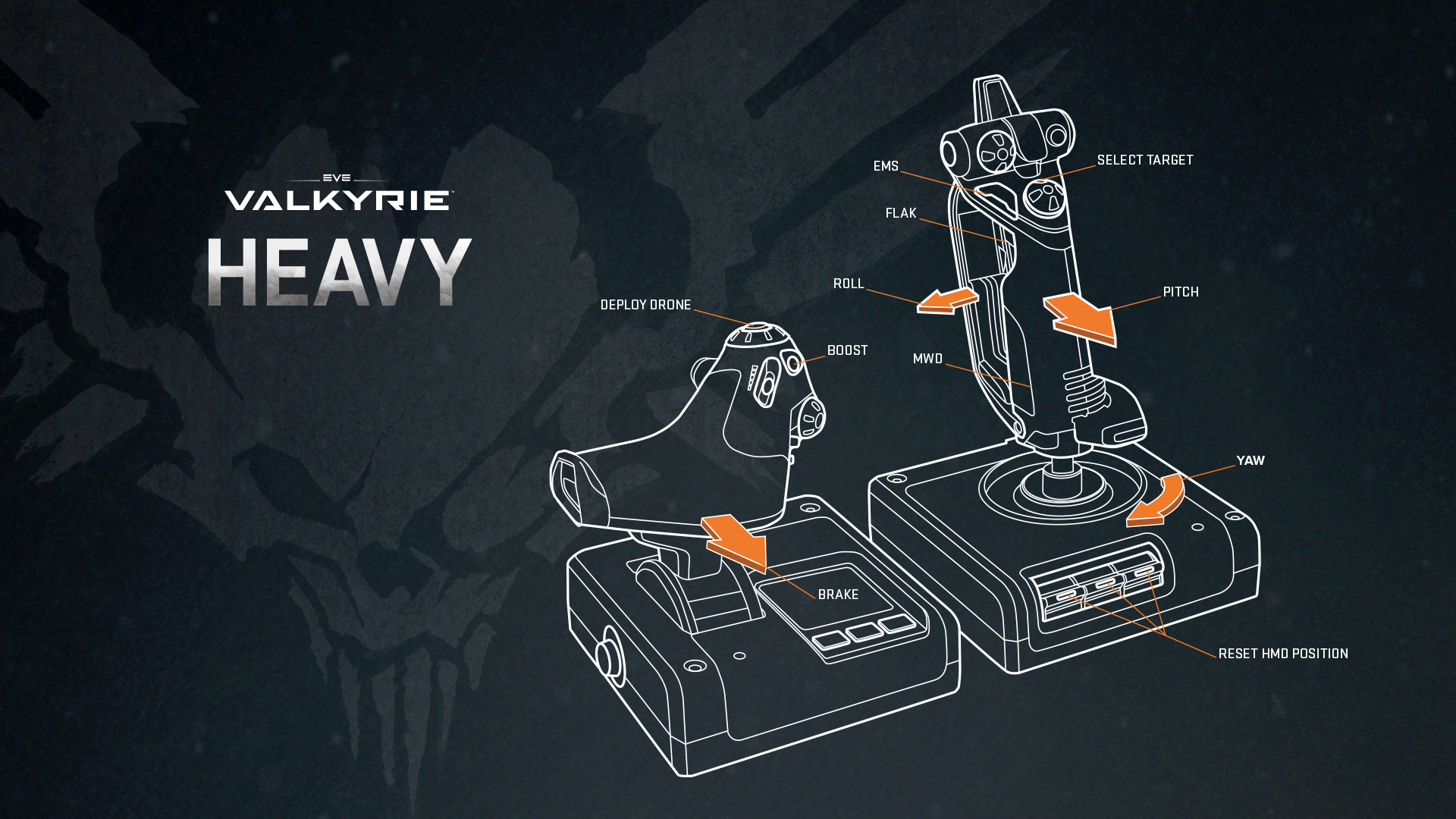 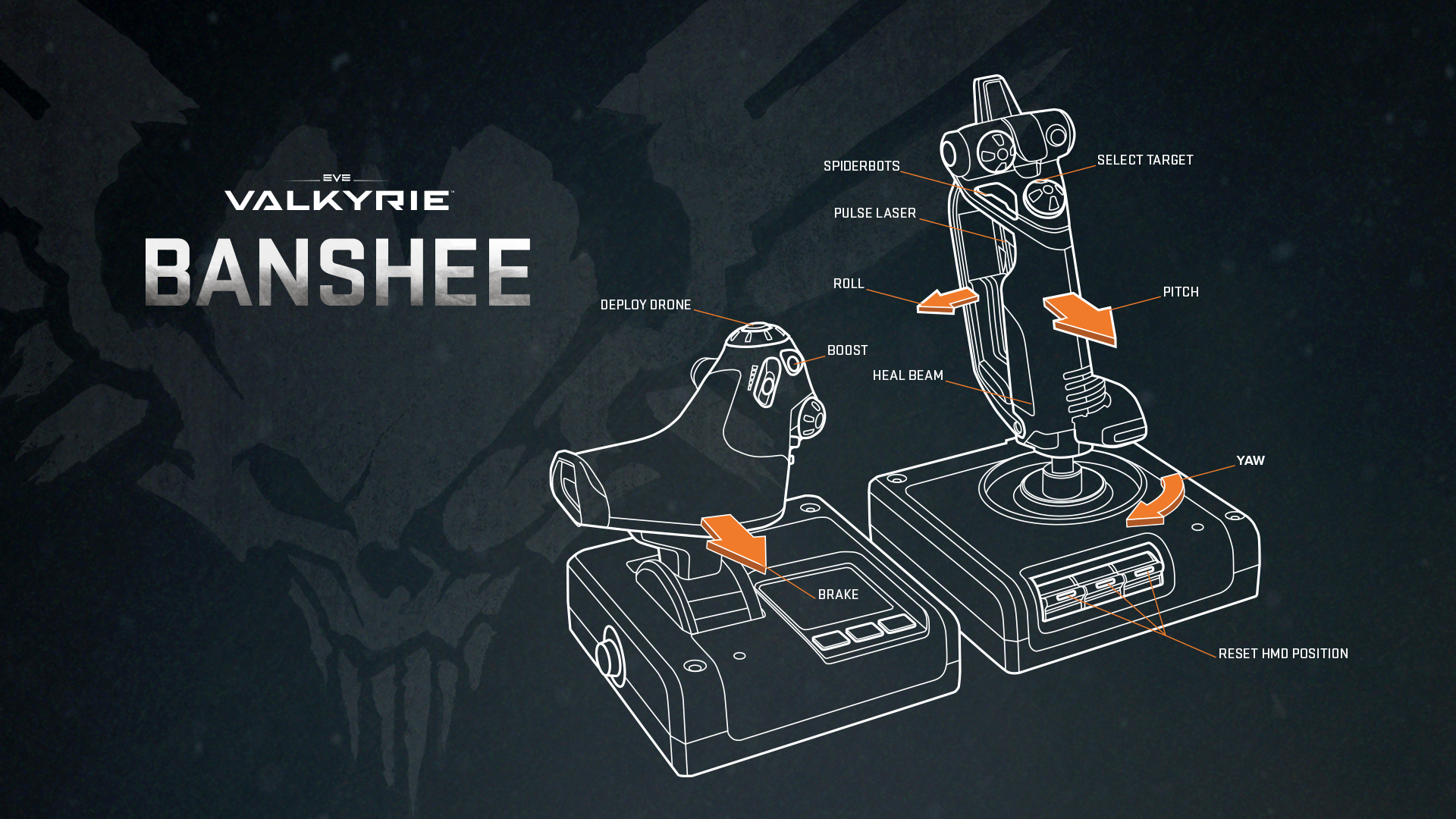 Fly safe and stay in control!