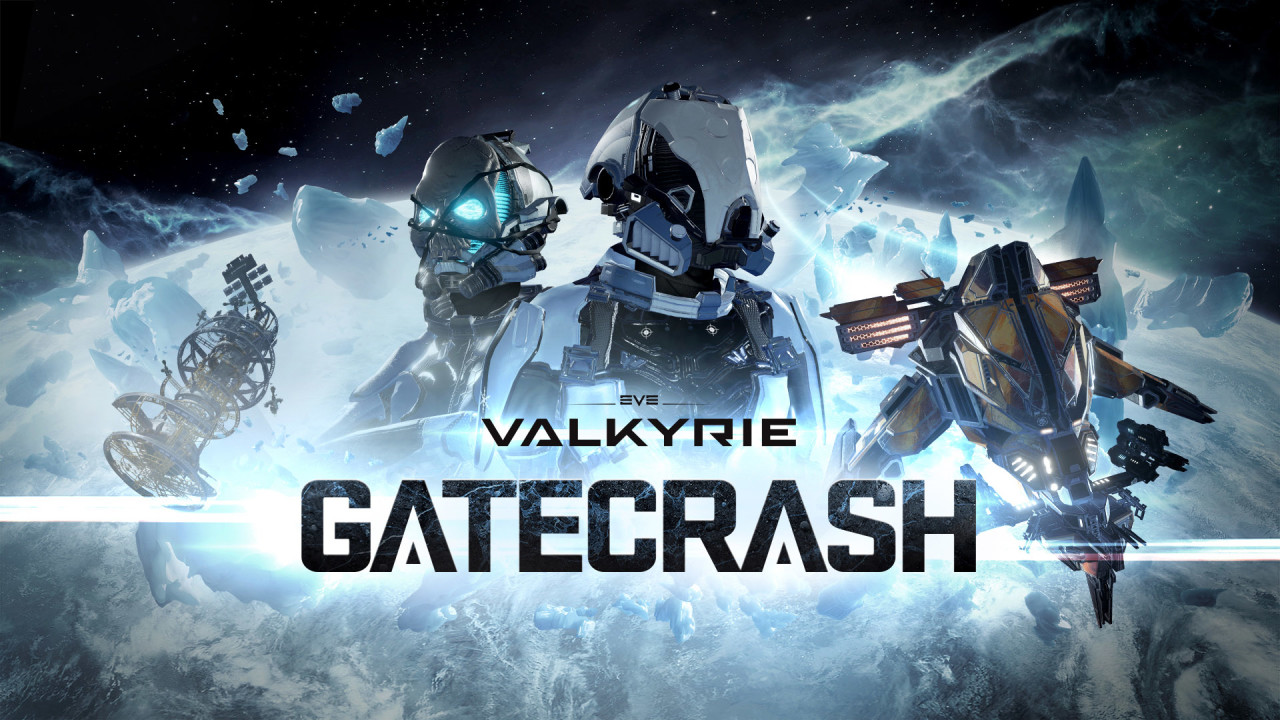 2016 has been an incredible year with the launch of EVE: Valkyrie on three different VR platforms, official- and player-organized events happening around the globe and the organic growth of a gaming community like no other. What better way to round off such a good year than with the release of our most ambitious Valkyrie update yet? Gatecrash has literally ‘gatecrashed’ the Valkyrie party and you can download it now. Here are four rock-solid reasons why you should do so.

The new Gateway map is all kinds of cool. Not least because it is located just outside an ice planet surrounded by a belt of ‘Ice-teroids’. That’s asteroids made of ice. What makes it all-the-more interesting is that it features a massive warp gate. The warp gate is under construction but you can explore its intricate structure in team deathmatch and single player scout modes to pick up some extra echoes and salvage. Noice.

Bored of wearing the same old threads? The new Gatecrash update gives you the opportunity to switch out your helmet and spacesuit. If you want to find out more about our amazing pilot customization options you can do so right here.

Looks like PlayStation got an upgrade. Our first PlayStation Pro optimization patch is included in this update. There’s no need to alter anything in the settings menu as the patch is automatically applied when playing EVE: Valkyrie on a Playstation Pro. The improvements include:

We have shaken up the ships in a big way to see out the year. The heavies can now dish out more damage so it’s not wise to head for them face-on. Get the better of them and approach them from behind, though, and you can reap the rewards.

If you want to find out more about the update and ship balancing adjustments head over to our developer blog.