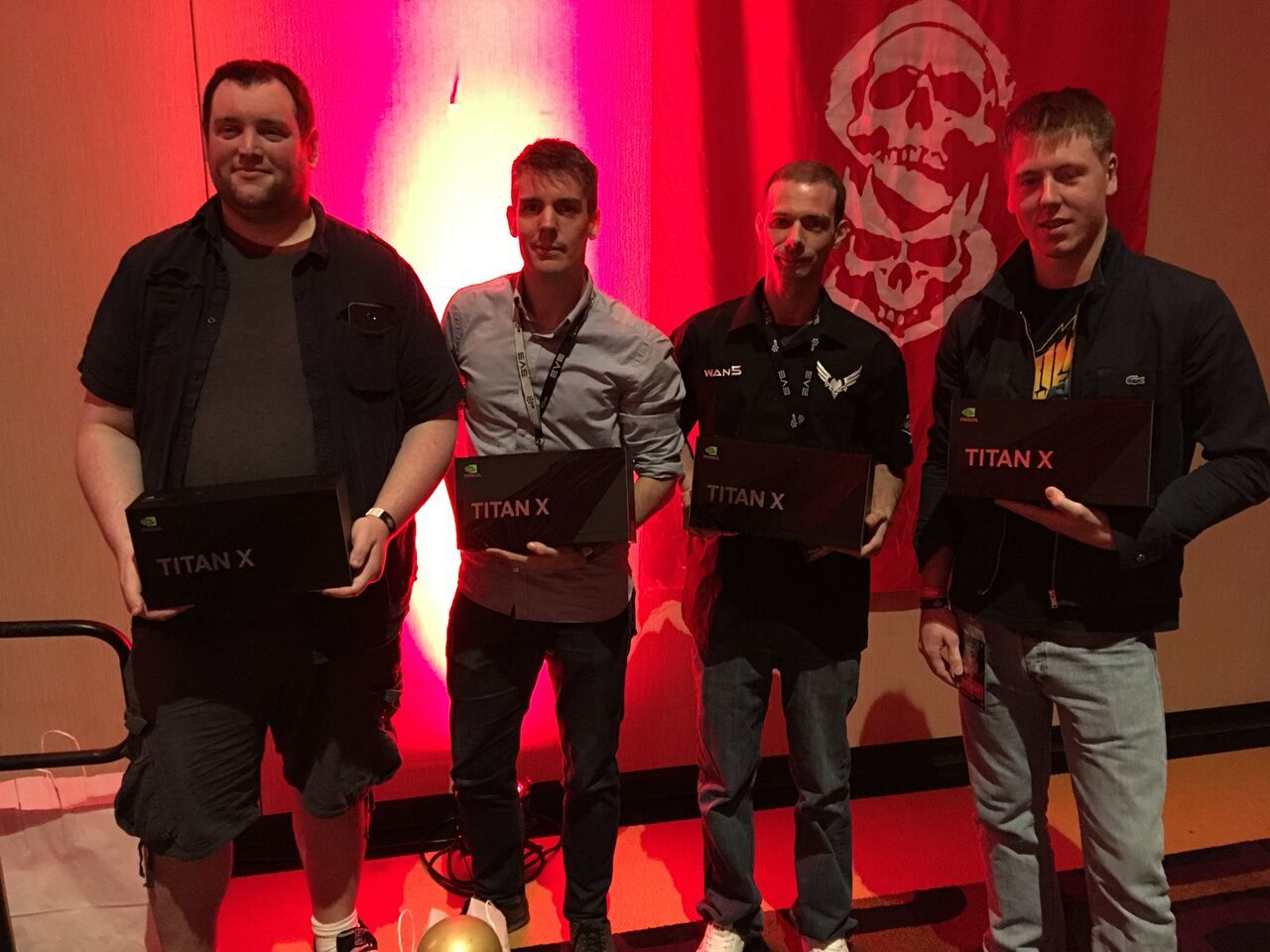 Back in October at the annual EVE Vegas event held at the Planet Hollywood Hotel and Casino, the inaugural Tournament of Champions took place in which ace EVE: Valkyrie pilots from around the globe teamed up to battle it out with the winning team romping home with, among other things, a mighty Geforce GTX Titan X GPU.

One of the Valkyrie community’s best pilots and regular contributors, General Stargazer, was present and he has recently let loose a cool video of that very final into the wild.

It features footage of both the in-game action and the teams actually battling it out on the stage. As well as being entertaining, seeing the top teams in action is also extremely instructive for new recruits into the ranks of the Valkyrie.

You can see what we mean in the accompanying YouTube vid. If you want to know more about General Stargazer, you can meet him in our pilot profile.