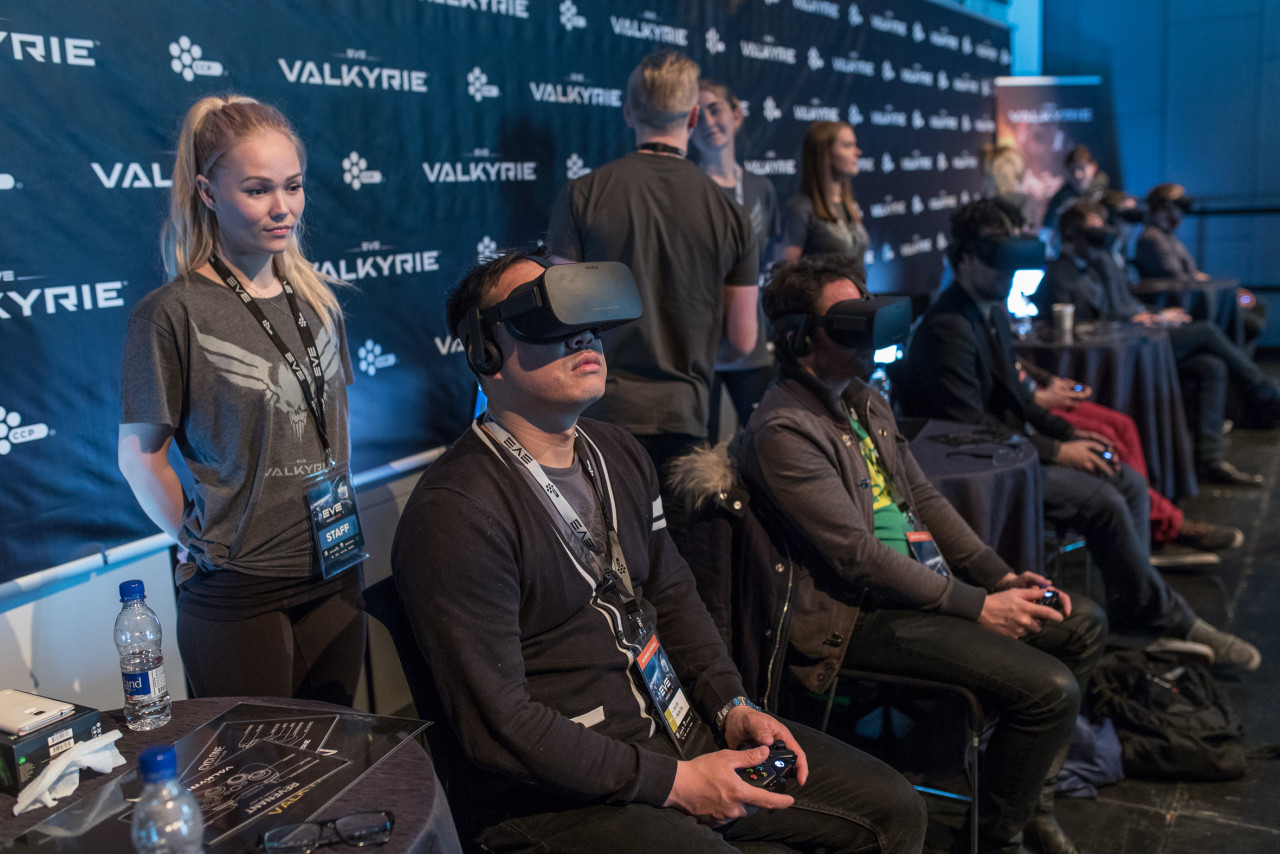 The EVE: Valkyrie community just keeps getting bigger and bigger. This year we have seen Valkyrie debut on Oculus Rift then roll out to PlayStation VR and HTC Vive. It’s taken a lot of work to get to where we are but the response from you folks, our pilots, has been truly heart-warming.

To be honest, it’s no surprise that the EVE: Valkyrie community has turned out to be so awesome. We have, for over a decade, seen fans of our MMORPG EVE Online organizing events to celebrate the community spirit and now EVE: Valkyrie is very much part of that movement.

There are many ways to hook up with other EVE: Valkyrie players and share your passion for space-based combat. The first, and most obvious, of course, is to just get out there and play. The second is to join our forums where you can find out about all the upcoming developments and exchange views with your fellow pilots.

If you want to really get involved, though, you might want to check out a couple of player-run websites that keep you up to date with regional meets where fans of all things EVE, and increasingly all things Valkyrie, assemble for drinks and food and copious amounts of laughter.

Head over to EVE_NT. Here you can get a heads-up on their three huge annual events that take place in London, Nottingham and Cardiff. It’s a great place to connect with other players and as we move toward a VR take on New Eden there’s more and more to enjoy if you’re a Rift, Vive or PSVR gamer.

For a more global perspective, EVE Meet is the place to be. This month alone there are EVE meetups in Sydney Australia, Colorado in the US and Plymouth UK.

Events often feature input from our very own development teams, demos of EVE: Valkyrie on the various VR platforms and presentations from our passionate players.

The biggest player meet of the year, EVE Fanfest, takes place in the home of EVE in Reykjavik, Iceland and tickets are already available for next year’s event which run between April 6-8 and will feature developer presentations, demos and expert discussions. Check out how to secure your ticket at the EVE Fanfest website.

Practically every week something EVE Online and EVE: Valkyrie-related is happening at a town near you so be sure to check back regularly to find out how you can get involved. October has already seen the huge EVE Vegas event incorporating the Valkyrie Tournament of Champions and there’s so much more to come.

See you in space and, we hope, in person.