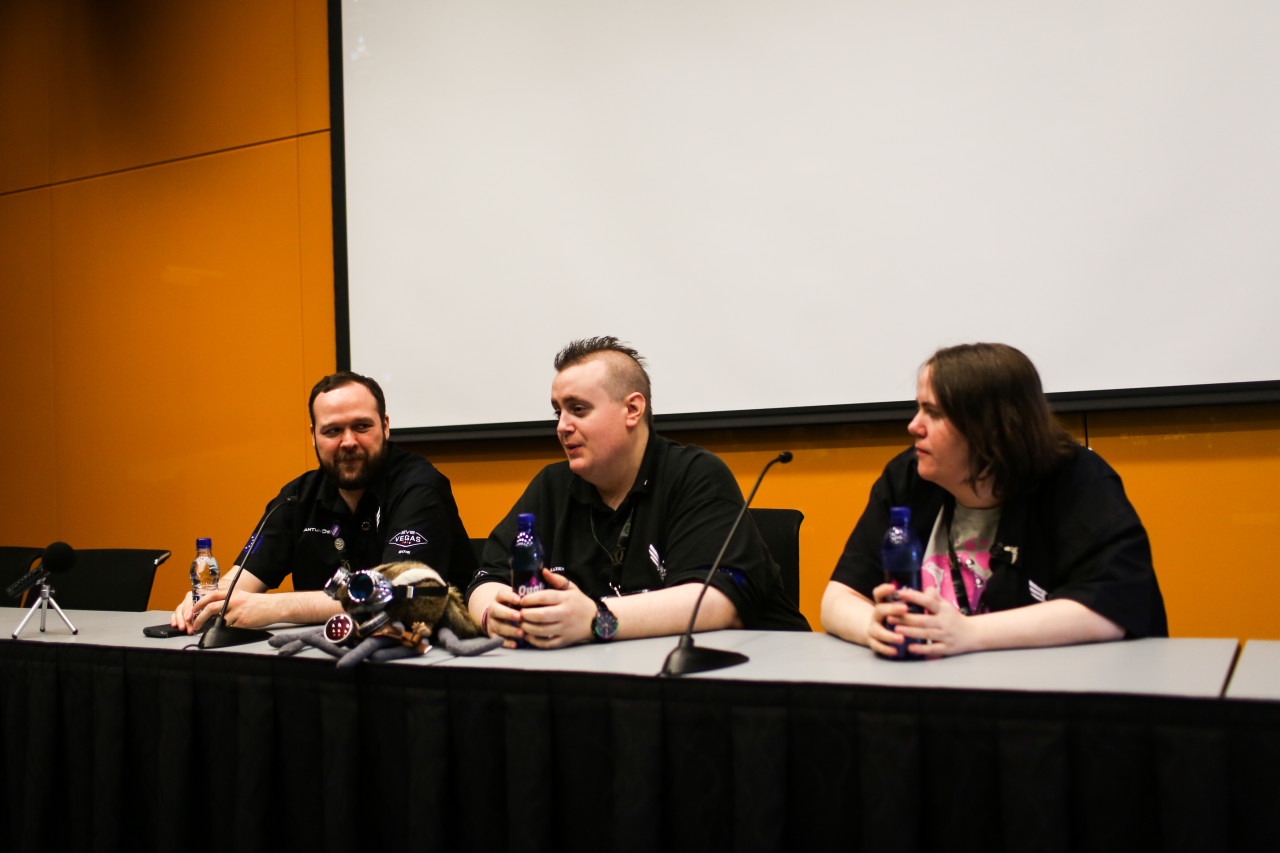 The sun is shining outside the CCP bunker, but there have been no lazy, hazy picnics in the park for us. We’ve been way too busy enjoying all the amazing content our Valkyrie community has been posting on the world wide interwebs.

There’s been so much good stuff lately that we thought we’d share a few of the highlights with you.

If you’re a regular visitor to these pages you will almost certainly have seen some of our coverage of the recent EVE Fanfest event in Reykjavik, Iceland. For the uninitiated, Fanfest is an annual event where thousands of EVE Online and EVE: Valkyrie fans congregate to share their experiences of New Eden and meet the dev teams. There was a whole bunch of cool events that took place this year, including a fascinating roundtable with the galaxy’s greatest Valkyrie pilots. An audio file and slideshow of the discussion has now been made public so you can check it out right here.

The number of Valkyrie players showcasing their gameplaying antics over online streaming service Twitch.TV is growing all the time. Support pilot Anska recently started up a regular weekly multi-stream in which she and several other pilots thoroughly explore that particular week’s wormhole event. It’s a cracking watch and you can feast your eyes on the latest offering here.

We’ve also just discovered the excellent work of EvocationzAdhera, who is broadcasting some awesome gameplay footage. You can start off with a short-but-sweet exploration of multiplayer combat. Then be sure to search for his other offerings. There’s a mammoth two hour sesh devoted to a recent wormhole.

Well, this is all kinds of awesome. Our old friend General Stargazer has been kind enough to share this footage of a massive Wyvern ship pulling off a spectacular parking maneuver. Nicely spotted, General. If anyone else out there has seen some impressive non-player action going on out there in New Eden, let us know.

We’ve mentioned a fellow called SalsaKetchup before. He’s a Valkyrie pilot who creates videos of the wormhole events each and every week. Very good they are, too. On this occasion, it’s not just wormhole footage he’s posted, but a wormhole karaoke video, complete with soundtrack and lyrics. It’s a Valkyrie-themed version of "Let’s Do the Timewarp Again" that a musically minded-pilot recently posted on the forum.

Speaking of the forums, they’re a great place to have your Valkyrie-related questions answered by your fellow pilots and often by the members of the dev team themselves. Forum member InfiniteStates recently asked about the loot dropped at the end of a Carrier Assault match, and you can find CCP Roo’s enlightening answer right here.

If you haven’t done so already, sign up to our forums now so that you can add your voice to the ongoing Valkyrie conversation.

A big thank you, as always, to all our pilots for their contributions. They always put a big, silly smile on our faces.