EVE: Valkyrie – 5 Times When Gung-Ho is a Good Thing! 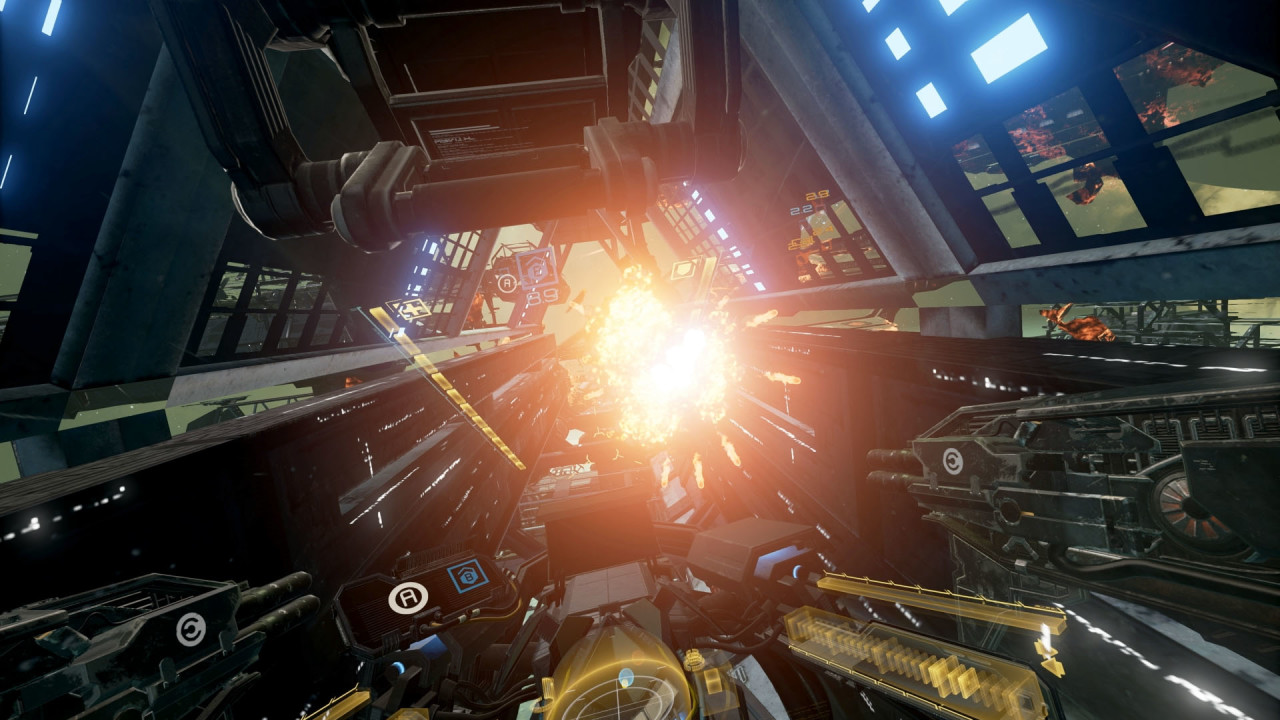 Regular readers of our various play guides will know that, generally, we recommend a diligent approach to improving your piloting skills. You know the sort of thing: learning the maps, mastering your weaponry and tackling team tactics. And that is how it should be...

Most of the time.

Sometimes, the only correct response to the crazy things going on around you is to go in hard and fast. To heck with the consequences. Here are five situations in which it’s perfectly acceptable to take a gung-ho approach.

When You Can Smell the Fear

We’re not advocating identifying trembling rookies and mercilessly taking them out again and again. It might buff up your kill rating, but it would also be a bit cruel. No, what we’re talking about is pure and simple opportunism. You’re drifting around, checking out the action and your eyes alight upon one of your teammates giving a fleeing opponent a right good pummeling.

You could at this point fire off a few rounds and give your pal a friendly assist… you could. But instead, get stuck straight in there, use everything at your disposal, finish off the unfortunate quarry and fly off, laughing maniacally having both gained a kill and robbed your teammate of one.

When Time is of the Essence

When we’re honing our piloting skills and attempting to rise through the ranks of the Valkyrie, we tend to follow a few rules. These include having a leisurely look at the maps in Scout Mode or sitting back at the start of a battle to get the lay of the land and forming a strategy. But there are occasions during a match when you simply don’t have the luxury of time.

Carrier Assault is a case in point. Your team has just pulled off a wonderfully skilled and choreographed attack on the carrier’s power relay switches and the mighty craft’s defenses are down.

GO FOR IT! The clock is ticking and you only have a relatively small window of opportunity to take out all those cooling nodes and expose the core. Time to throw caution to the wind. More diligent pilots will doubtless want to do this in as surgical a way as possible,  not taking too much damage, but sometimes it’s just fun to launch yourself through the hail of turret fire, all guns blazing and shouting expletives as you go.

When You’re on a Roll

This is the science bit. When sportsmen are doing well, they’ll say they’re having a good run of form. Athletes will speak of finding themselves in the zone. Psychologists refer to this as ‘flow’. It’s that state of having heightened senses, laser focus and complete immersion in the task at hand.

When you’re in this state, you seemingly can’t put a foot wrong. Subconsciously, of course, you are drawing on all your piloting skills and implementing them flawlessly. While in this glorious state, it can seem like the whole universe is giving you a helping hand.

If you’re in that special place, that’s precisely the time to stop giving a rat’s butt and just go full psycho. This will almost certainly result in a spree of destruction that would leave your enemies shaking their heads in disbelief, if their heads hadn’t just been frozen in the cold vacuum of space.

Be wary, though, the next stage in the process is ‘hyperfocus’. That can lead to a lack of discipline and a state of mental chaos. You have been warned.

When Everything Else Has Failed

It happens to the best of us. You’ve allowed your mind to wander a little and suddenly, unexpectedly, you find yourself exposed, under fire and separated from your teammates. You have only a sliver of armor remaining and you are facing almost certain doom. Are you going to run away?

HELL NO! Turn around, face your foe, throw everything at them or, even better, ram that aggravating little toad as fast and hard as you can. Yeah, you’re gonna die, but you’re taking your aggressor down with you.

Desperate? Yes. Do we care? Nope!

While we wouldn’t normally recommend using Jack Nicholson’s character in The Shining as a beacon of good advice, it has to be said he had a point when he wrote (repeatedly) that ‘all work and no play makes Jack a dull boy’.

Daily life can sometimes be a drag. Your boss is acting like a prize tool. Someone took your last beer from the cooler. You step out of your house, all suited and booted for a great night out and a seagull evacuates itself on your immaculately coiffured head.

Whatever the catalyst, if you’re a ball of pent up fury, there is no better cure than to strap yourself into the cockpit and unleash hell upon everybody and everything that crosses your path. Don’t worry about winning a match, or ranking up, or any of that normally important stuff… simply vent in as spectacular and ferocious a manner as possible. Think of it as primal scream therapy for pilots.

End result: Equanimity of the soul

Have you got all that? Good. For the most part, you will want to take your role as a Valkyrie pilot seriously, but we’re here to tell you that it’s OK once in a while to just let loose. No one is judging you.

On that note we bid you farewell, but do let us know over on the forums any situations while playing Valkyrie in which you’ve thrown off the shackles of decorum and gone ballistic.