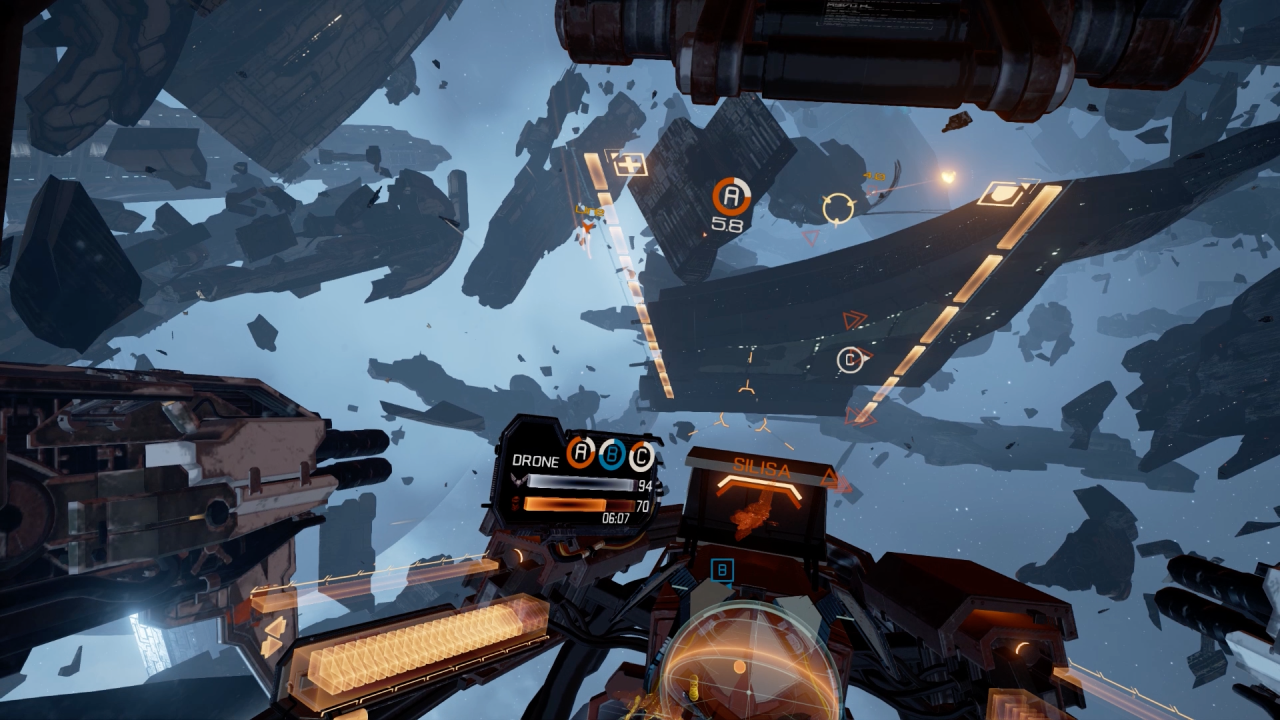 Greetings pilots, and a special salute to all our newest recruits. It’s good to have you on board.

While we do our best to train you up, ready for going head to head with other players – and provide guides to various aspects of combat on our website – we appreciate that the job of a Valkyrie pilot is complex and sometimes bewildering for beginners.

Flying around and shooting stuff is fun, and fairly straightforward, but to achieve success in New Eden, you need a certain amount of technical knowledge about the craft you are flying.

With that in mind, we’ve decided to feature a series of mini guides focusing on individual aspects of the game and the equipment you’ll be using. 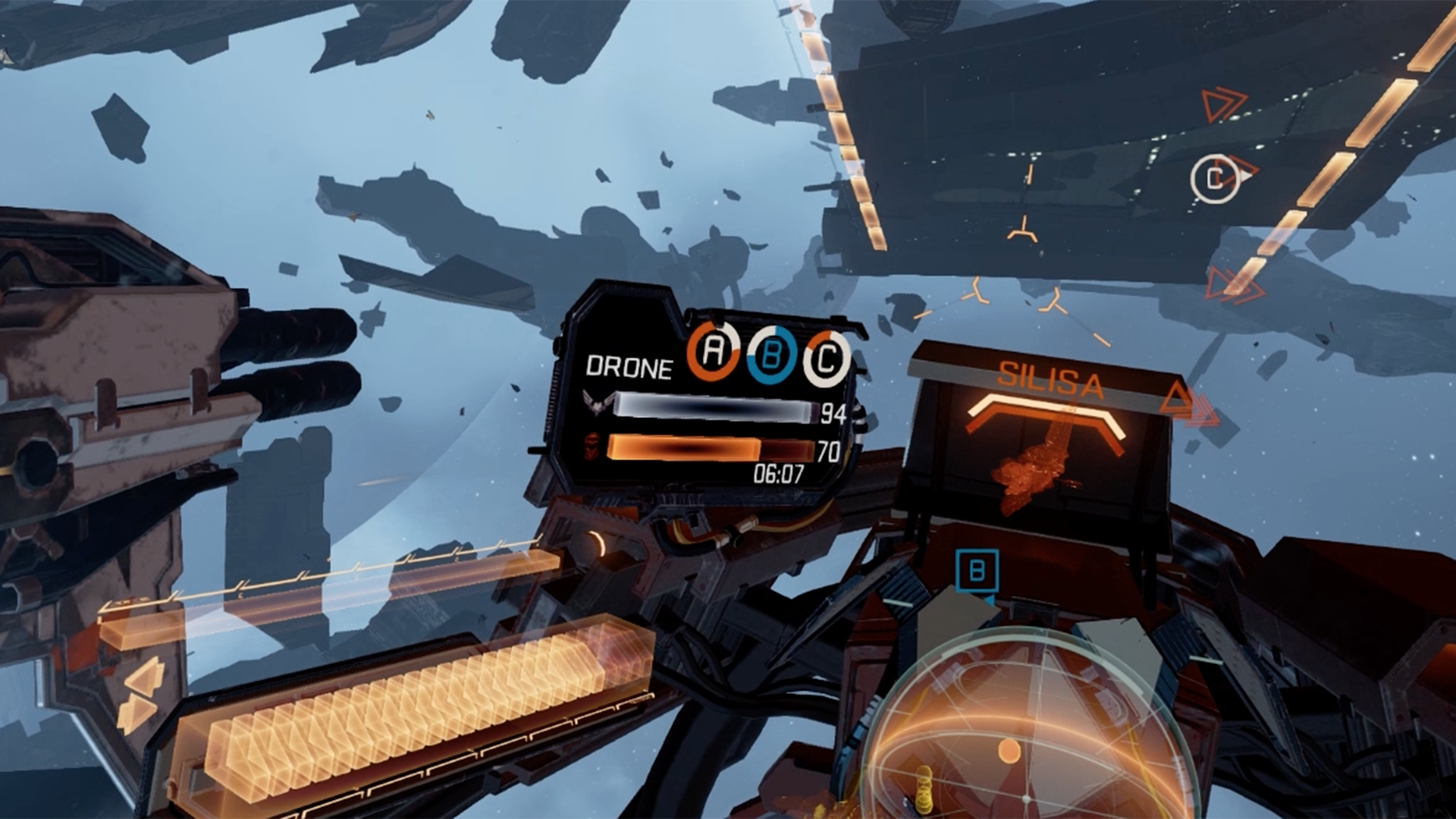 Take the image above, for example. During Control and Carrier Assault matches, you’ll see this A, B, C indicator appear in your cockpit’s holographic dashboard (we’ve cropped in so you can see it in the centre of the screen). If you’re keen to get straight into battling after joining the Valkyrie, it might not be immediately apparent what it is, or what it’s for.

In a regular Team Deathmatch game, each team has a pool of clones. Every time a pilot is killed, the pool diminishes by one. Clones are lives, basically. When all the clones belonging to a team are gone, that team is defeated.

In Control matches, things work a little differently. Here, the map has three control points. Players have to deploy a drone near a control point to capture it, and once they have done so, the opposing team’s clone pool is drained more rapidly. The more control points you capture, the faster the enemy’s resources disappear. The A, B and C icons represent the three control points and their current status. 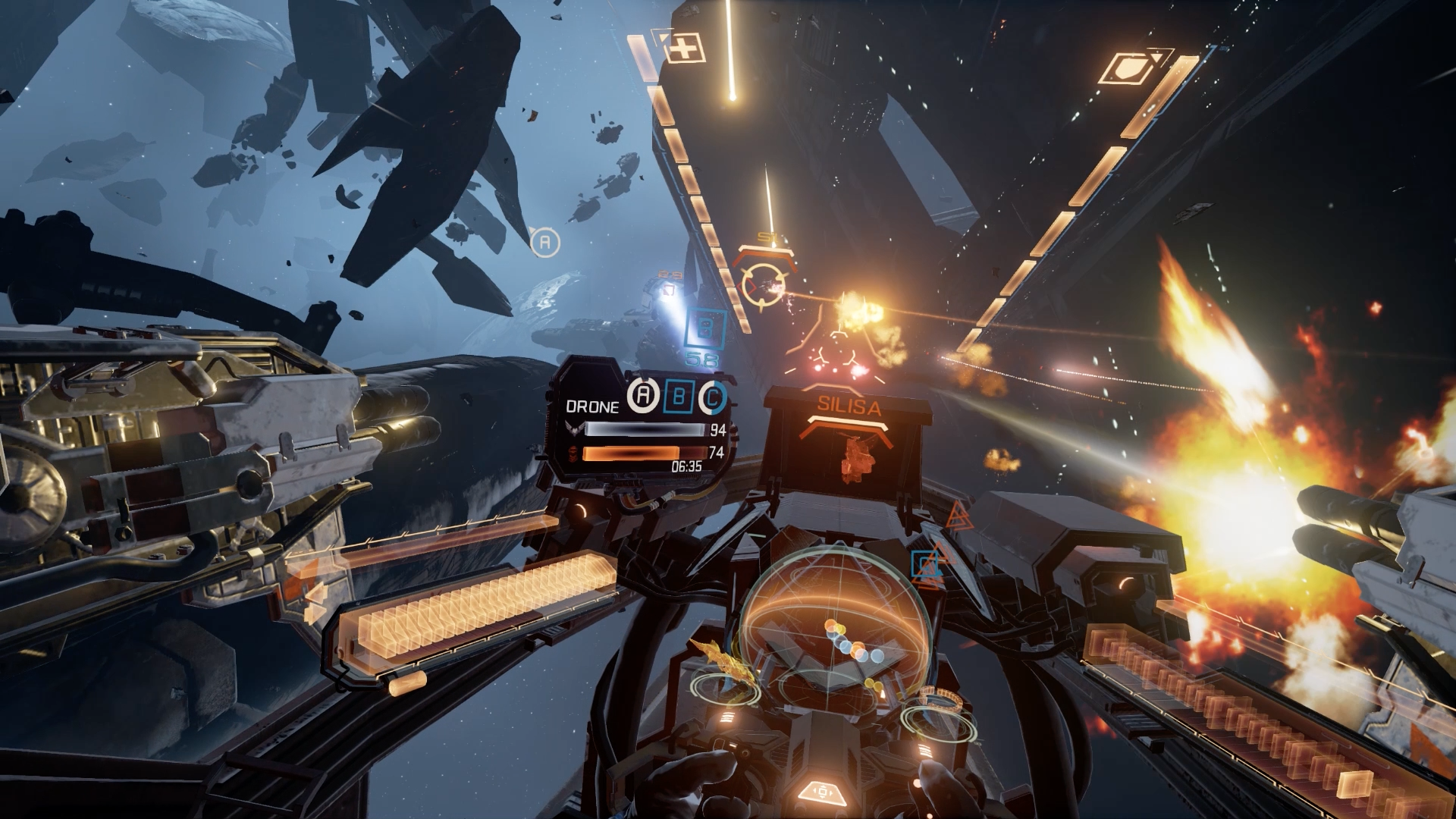 Using the above image as reference, here you can see all three control points with a different status. Look at A; it’s white, with a white circle around it. This control point is free and has not been captured by either side. No-one has deployed a drone next to it yet.

Point C, however, is a different story. Here, the Valkyrie have placed a drone next to point C so the letter is blue, and the circle around it is gradually filling up to show how much progress has been made in capturing the point. If it was the Schism team doing the capturing, it would look the same, but with an orange hue.

Point B looks very different again. The blue, stylized ‘A’ and the blue square around it tell you that this point has been fully captured by the Valkyrie and is now actively draining the enemy's clone pool. If this point had been captured by the enemy, you would need to get someone over there to take out the enemy drone and plant one of your own to recapture the point.

In Control matches, you have to capture one, two, or all of the control points in order to deplete the enemy’s resources as quickly as possible. In Carrier Assault, it’s slightly different. Your holographic display is the same, featuring points A, B and C, but this time they refer to the enemy carrier’s power relay stations. These are the devices that maintain the carrier’s shields.

While playing Carrier Assault, you have to take control of two out of the three relay stations to drop the carrier’s shields. This will then allow you to attack the carrier’s cooling nodes in phase two of the battle. The picture then changes. 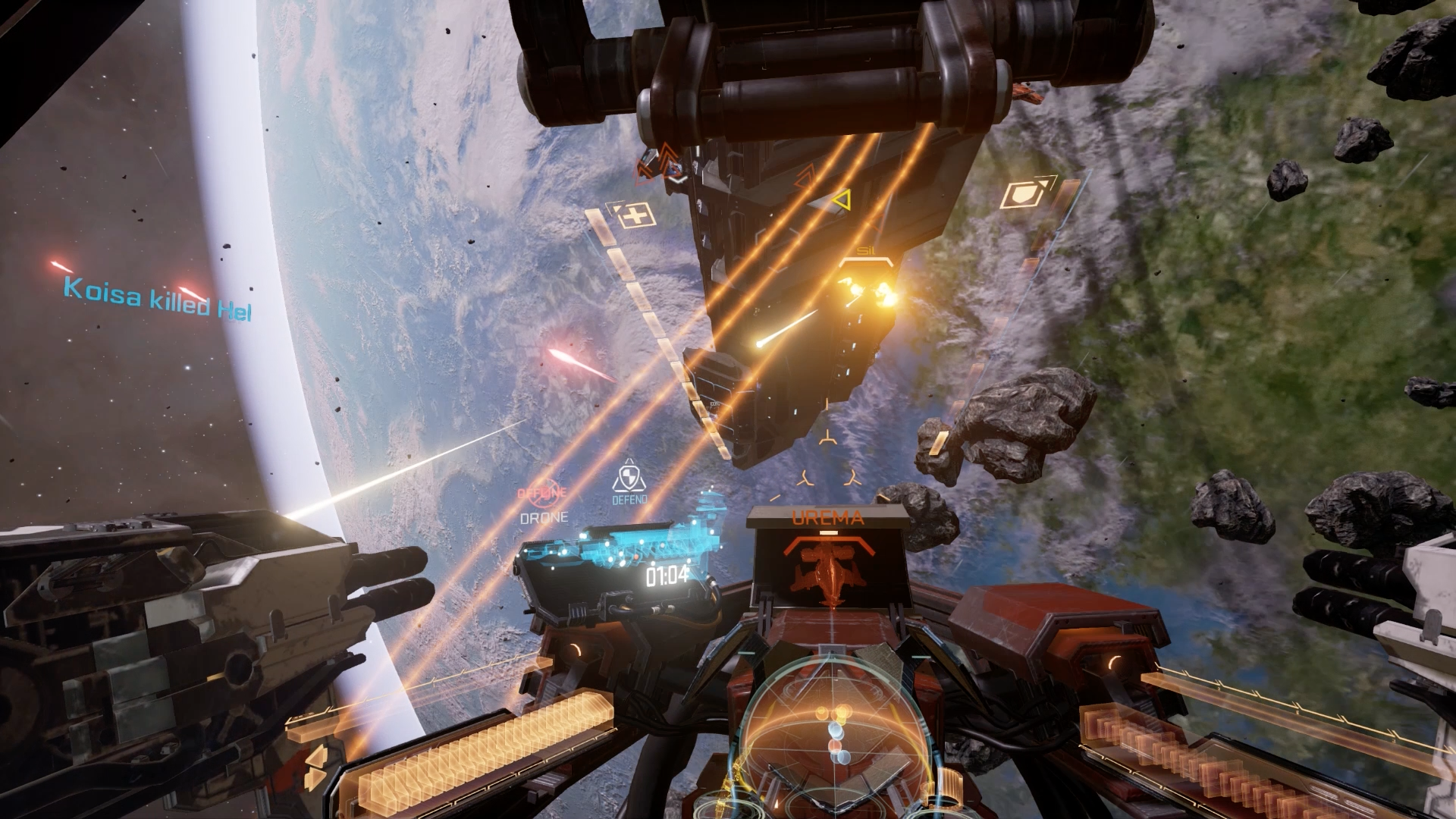 Above, you can see that once you have captured two of the power relays, the display is somewhat different. The A, B and C control points are replaced by a visual of the carrier. This shows the location of the cooling nodes.  There is also an icon that either tells you to attack the enemy carrier, or defend your own if it’s the Schism that have captured your power relay stations (as is the case here).

And that’s it. It might initially appear confusing, but once you know the ABCs of your HUD, you can use this visual cue to great effect in coordinating with your teammates and capturing points before the enemy do.