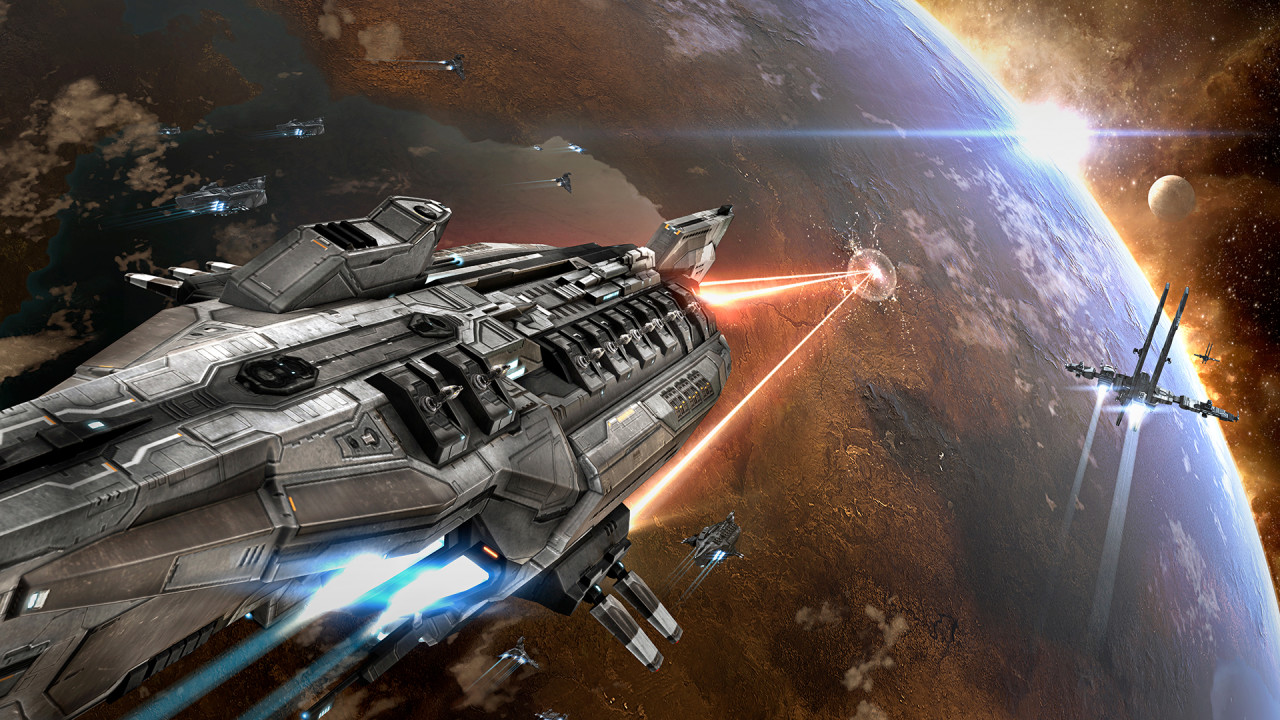 This year it’s the 20th birthday of CCP Games, the company that created EVE: Valkyrie and enabled all of us pilots to seek fame and fortune in a vast virtual galaxy. We couldn’t let such an important milestone go by without celebrating it in some way, so let’s take a look back at all the key developments over the past two decades and have a brief glimpse of what’s to come. 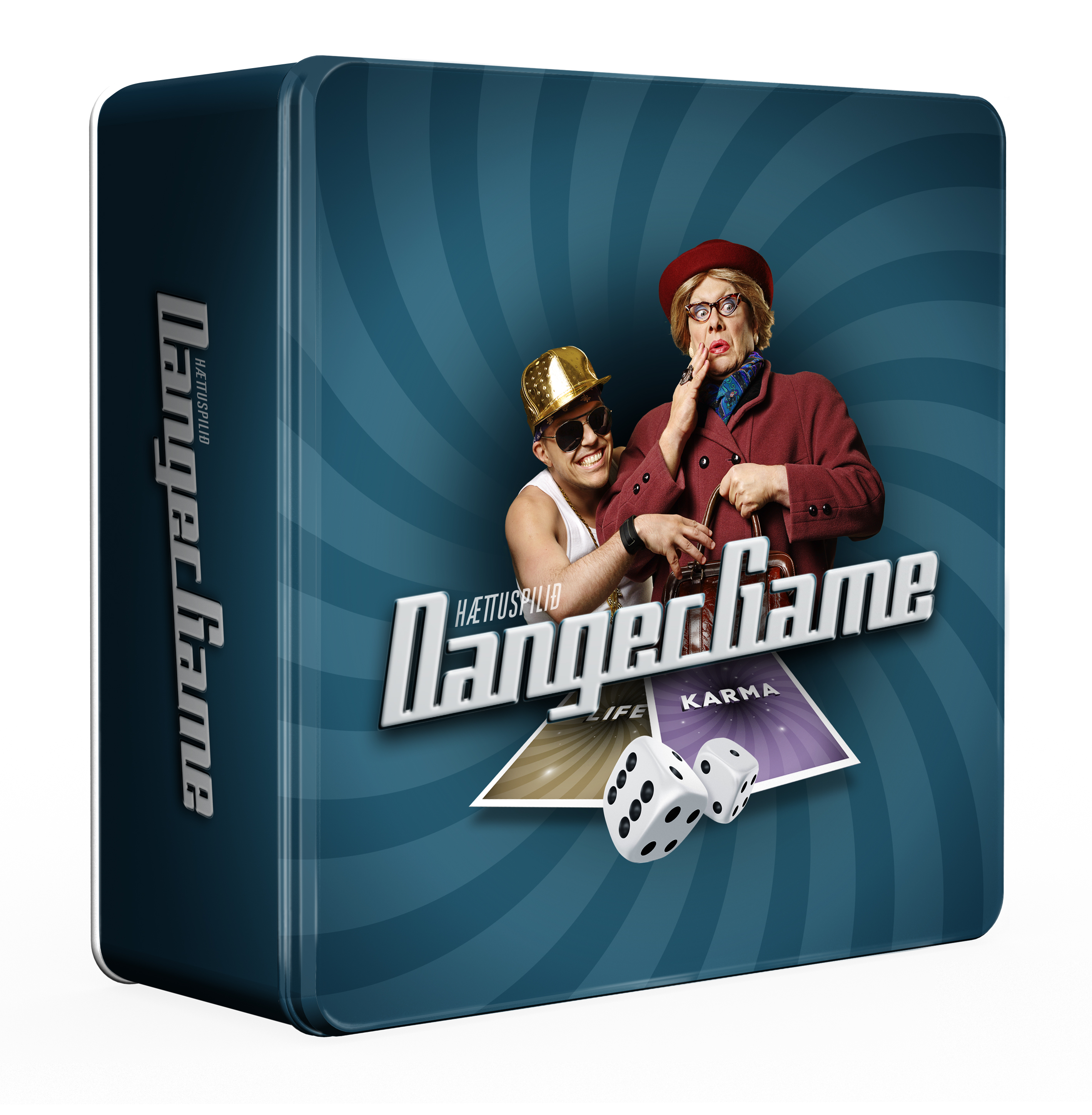 The CCP Games that EVE: Valkyrie pilots are familiar with is a company that innovates with the latest technological advances in gaming hardware. However, its beginnings may surprise you. Reynir Harðarson, Þórólfur Beck Kristjónsson and Ívar Kristjánsson came together in 1997 to form the Icelandic company known as CCP Games. It was always their intention to create a massively multiplayer online role-playing game (MMORPG), but they needed a way to fund development.

They did this in an unconventional fashion, by first creating a board game. Hættuspil (Danger Game) put the players in the role of a young person who had to accrue points by buying stuff according to their interests. The first to reach 25 points was deemed the winner. However, they could also lose points for acquiring less desirable things, for example, by drawing a drug card.

Indeed, the game was developed in collaboration with Alcoholics Anonymous to teach young people about the dangers of substance abuse.

It also featured possibly the oddest artwork ever seen on a board game, as you can see from the pic above. Fun fact: the guy dressed as a woman later went on to become the mayor of Reykjavik.

Hættuspil was a major success and remains one of Iceland’s most popular board games to this day. 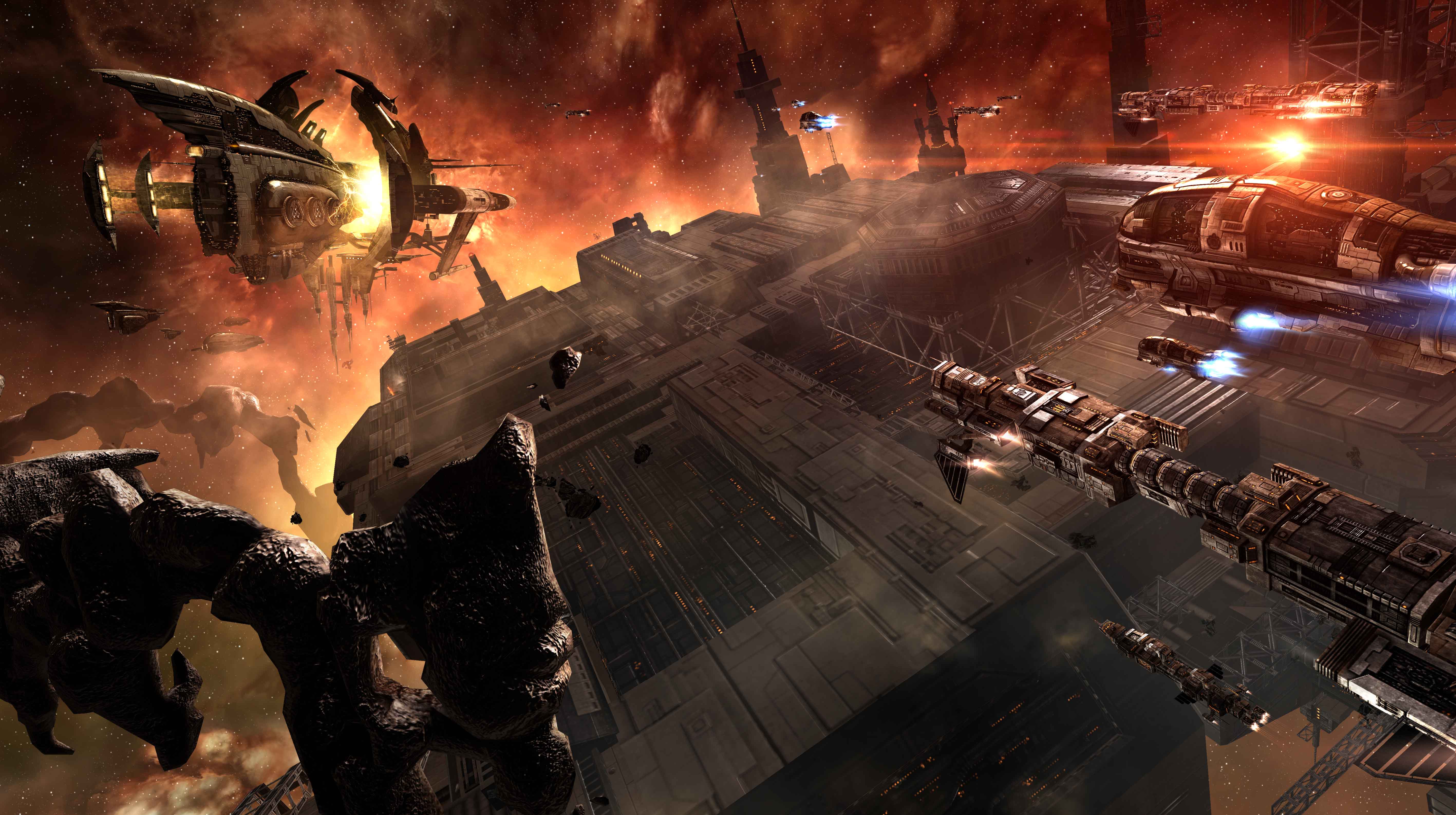 Fast forward six years to 2003, and the fruits of CCP’s board game sales and hard developmental labors paid off handsomely, with the release of EVE Online.

EVE Online is space gaming on an epic scale. Players take on identities under different factions in order to make their mark on the vast galaxy of New Eden. They can do this in pretty much whatever manner they see fit. It’s possible to create entire empires, take over part of the galaxy, wage war on opposing factions, take on a life of piracy, or trade, harvest, mine and manufacture your way to success.

The game is developing and evolving all the time thanks to regular official updates, but it’s the players themselves, given almost unlimited freedom, who really shape New Eden. In the 14 years since the game’s launch, mighty empires have risen and fallen, the fates of the various factions have constantly ebbed and flowed and historic battles have taken place. The game’s complexity, deep lore and rich history are unique in the medium of videogaming.

Best of all, it’s free to play if you set up an Alpha Clone account. So if you haven’t already done so, we urge you to check it out and discover a whole other side to New Eden.

Send in the Ground Troops 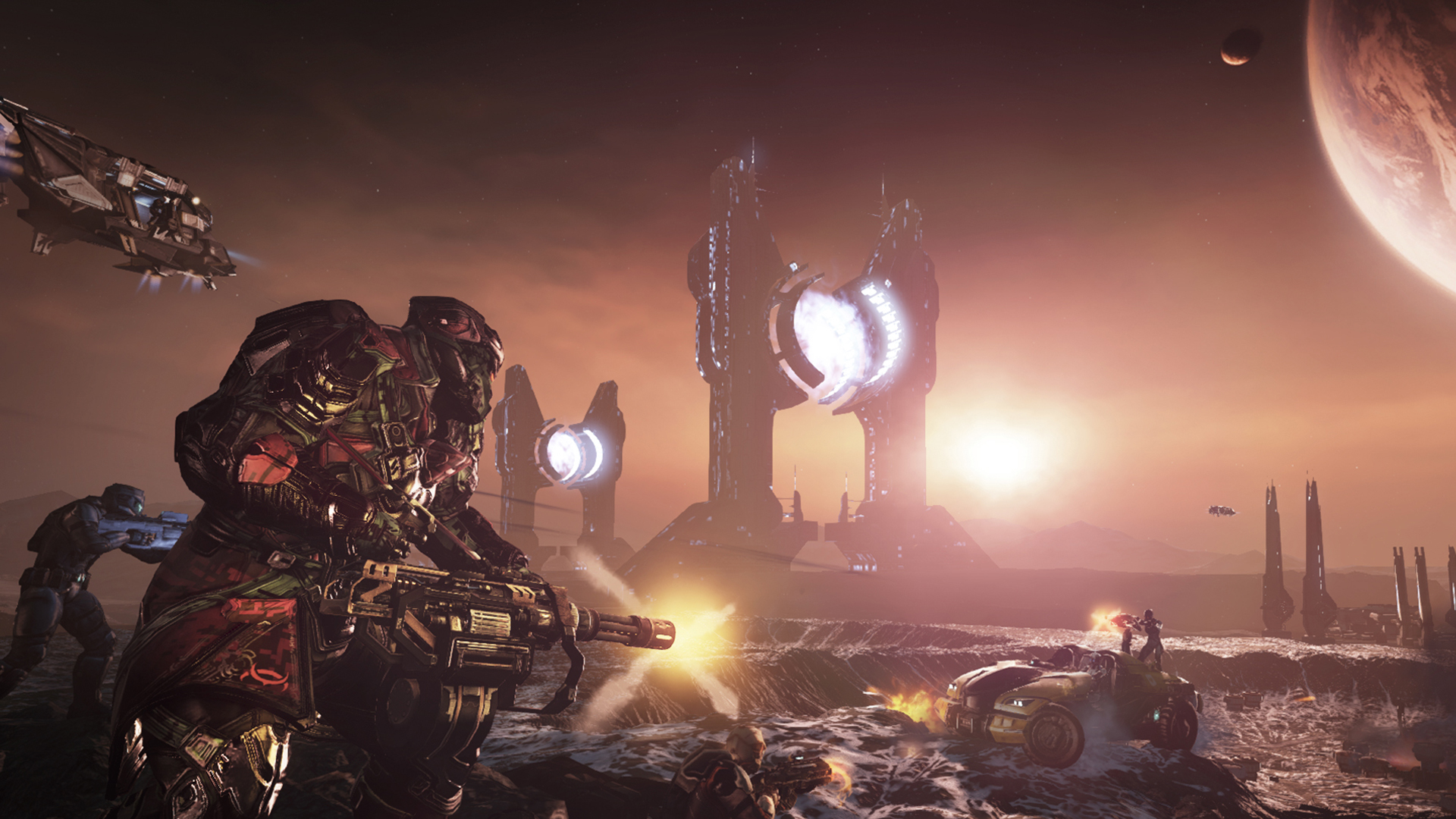 Another ambitious and experimental project from CCP, which launched on PlayStation 3 in 2013, was Dust 514. Not only did it exist in the same universe as EVE Online, but it also resided in the same online space. The difference was that while EVE Online took place out in the vast majesty of outer space, Dust 514 played out on the surfaces of New Eden’s many planets.

Unlike its MMORPG parent game, Dust 514 took the form of a first-person shooter, with RPG and online elements that put the player in the role of a ground-based combatant. What marked it out as different from any number of other FPSs was that it was linked to EVE Online, with the two games interacting directly with each other in an innovative way. The outcome of the battles in Dust 514 would have a discernible effect on the fortunes of EVE Online players. In return, EVE Online players could deliver orbital bombardments from space to turn the tide of a battle being played out in Dust 514.

The game garnered a passionate community of players, but with the relentless march of technology the game was eventually brought to a close in 2016. However, the technical challenges of creating such a game will continue to inform the work CCP does in the future. 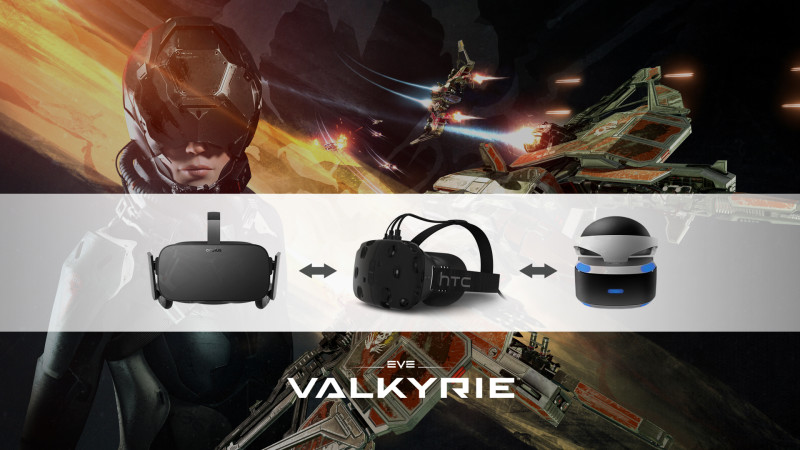 2016 was the year when the EVE Universe became truly immersive with the launch of EVE: Valkyrie on three different VR platforms - Oculus Rift, HTC Vive and PlayStation VR. You probably already know that, being an EVE: Valkyrie pilot yourself.

If you’re not a pilot, or you haven’t strayed outside the confines of Valkyrie, you might be interested to know there are also two other VR games based in the EVE Universe. CCP has also created shooters that work on the high-end VR systems mentioned as well as mobile VR platforms. 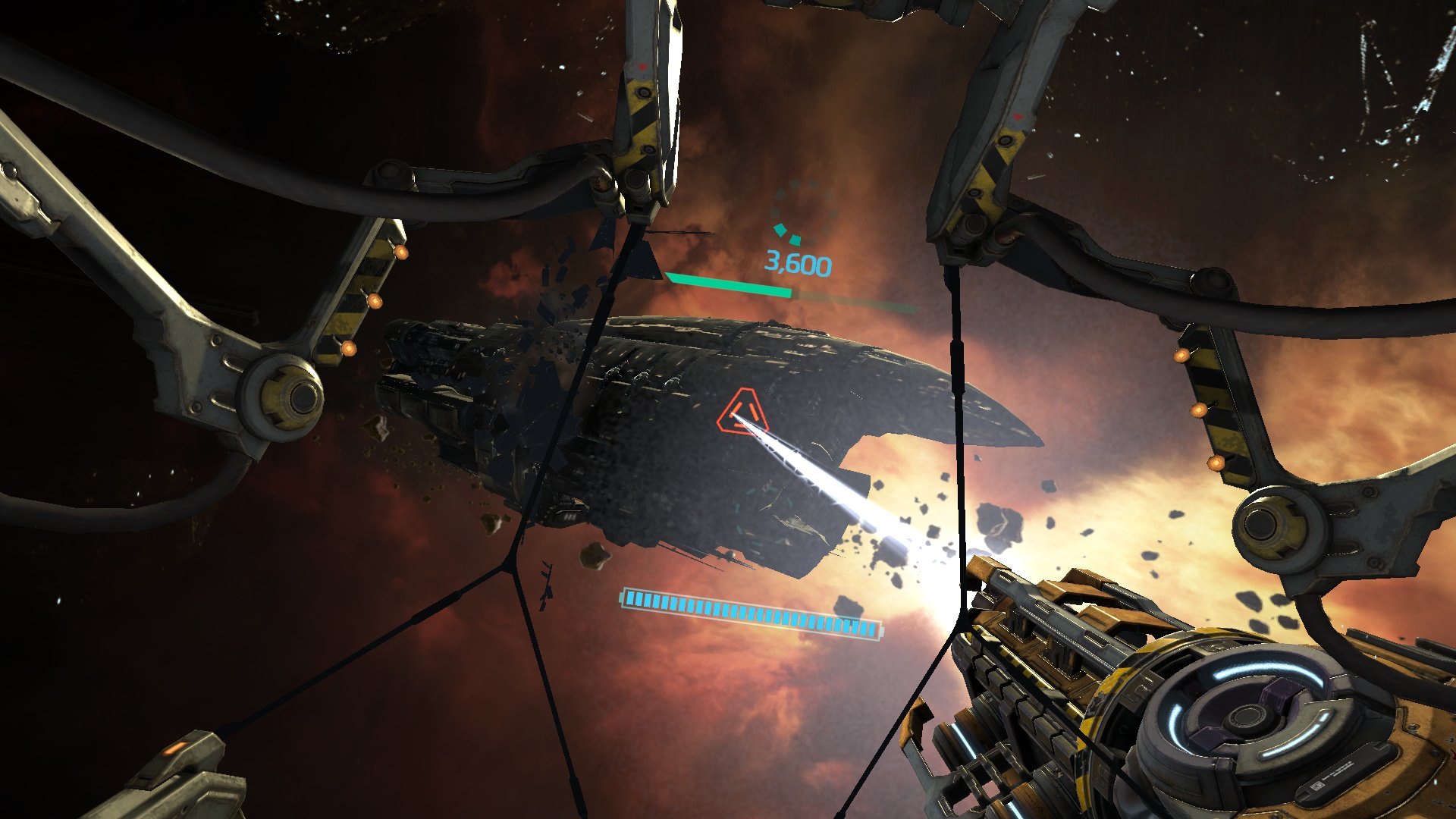 The first, Gunjack, is available for Samsung’s GearVR, which couples an affordable headset with a Samsung Galaxy smart phone (S6 or later). The player takes on the job of a Gunjack, a lone gunner who makes up part of the crew of a huge interstellar mining rig. The facility is constantly under attack from scavengers who want to steal valuable resources. It’s up to you to strap yourself into the mining vessel’s gun turret and attempt to destroy wave after wave of attackers. If you’re interested in joining the battle, check out the trailer then head over to the Gear VR version of the Oculus store to grab yourself a copy. 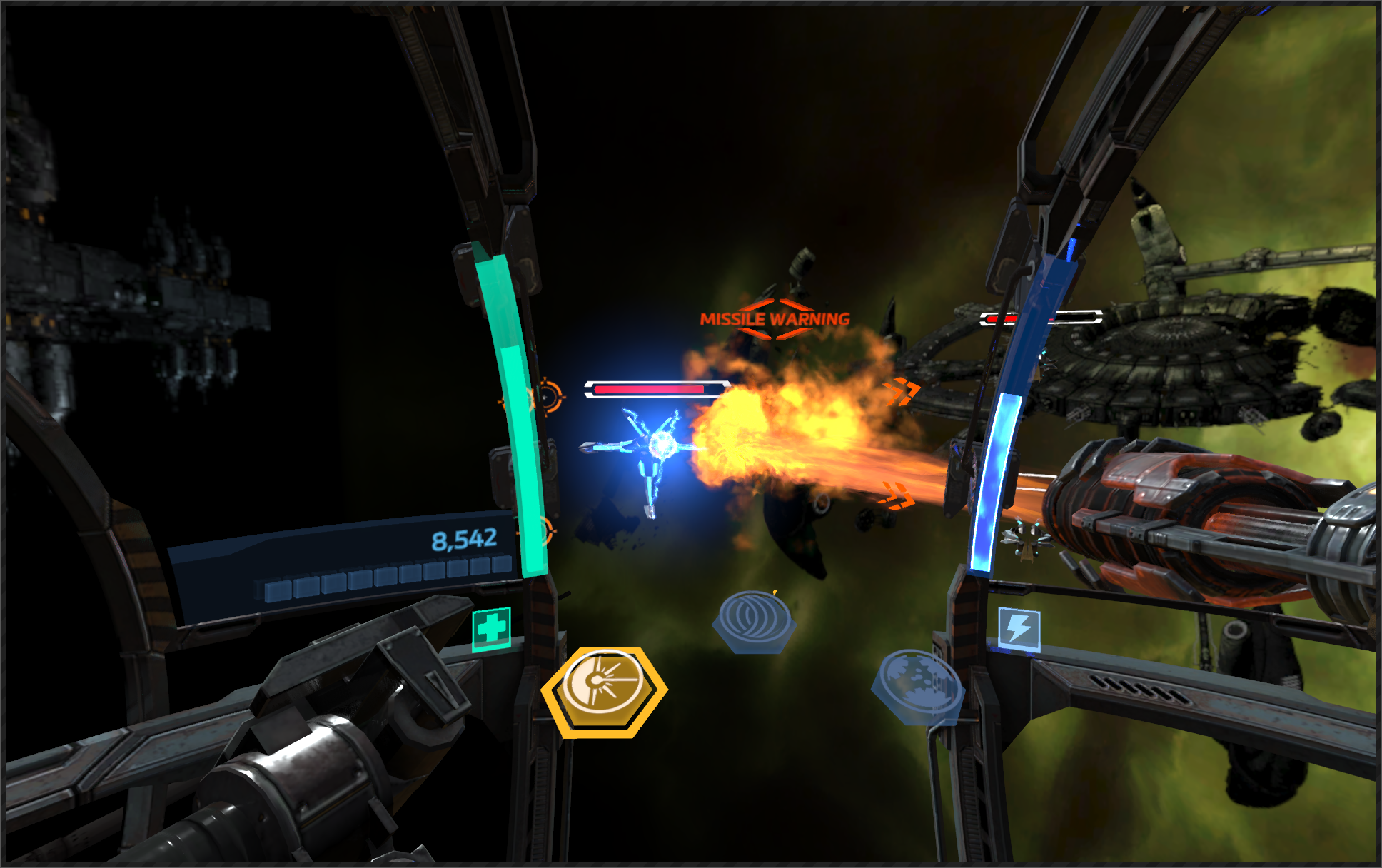 End of Shift is exclusive to Google’s Daydream VR headset but compatible with a whole range of smartphones (you can find a list of Daydream-ready phones here).

Again, you are tasked with defending an interstellar mining rig from your turret, but this time the waves are interspersed with cut-scenes that tell the story of the mining facility’s crew and add another layer of engagement to the game. Also, even when you’ve finished the nine-level campaign mode, the game keeps on giving with new missions every day.

The Future of Sport

So, as you can see, CCP has been quite busy over the years, but there’s no intention of slowing down. EVE Online and EVE: Valkyrie will continue to expand and evolve on a regular basis and once again innovation is front and centre with the latest CCP project.

Sparc, which is currently in development for Rift, Vive and PSVR, aims to offer VR gamers the chance to take part in the sport of the future.

In Sparc, players use their motion controllers to throw projectiles at their opponents from a distance, and in turn defend themselves by dodging, blocking, or deflecting the incoming attacks.

Sparc's skill-based, full-body gameplay makes for a fast-paced and fun physical sport... but one that's only possible in virtual reality. It’s also a social activity, allowing players to get together in Courtside and spectate matches in real-time while waiting for their turn to compete.

So, there you have it. The past, present and future of CCP Games.